Miss Bates declares her love of category romance loud and clear.  The category has given us Betty Neels, after all.  And the contemporary faves, Sarah Mayberry, Sarah Morgan, and Molly O’Keefe, some of whom may’ve moved to longer-length pastures, cut their teeth on, and made us happy with, category-length romance.  Miss Bates is always eager to try something new in category and does so disposed to like it.  Thus she read Marsh’s Romance For Cynics to try the “Kiss” line which, according to Harlequin’s writing guidelines is all about a “young, urban feel” and “21st century alpha male hero;” it’s “fun” and “flirty.”  These are kisses of death to Miss Bates, but she was surprised by Marsh’s romance.  Wading through these parameters like murky, reedy water was a “traditional,” enjoyable category romance trying to make its way to the surface, to the light.  Marsh’s romance novel was uneven: a poorly executed cross/hybrid between a “Presents” and “Romance.”  Parts were good, but the whole was inconsistent.

Marsh’s premise for bringing together her hero, Cash Burgess, and heroine, Lucy Grant, was puerile.  Self-made Melbourne millionaire Cash is in a bind: one of his clients (he has his own financial advising firm to the stars), a barracuda-type creature, is bad-mouthing him because he wouldn’t live up to his playboy reputation and sleep with her.  He’s losing clients; his best bud, Barton Clegg, head of a PR firm, advises him to do some smoochy look-good PR to recoup his clients and thus his loses. Bart convinces Cash to participate in a reality-show-style competition that would see a Valentine’s Day favourite couple win big bucks for charity.  He’d have to show up with a girlfriend to various events and be romantic.  Problem?  Cash doesn’t do commitment … ever … and, therefore, doesn’t have a girlfriend.  He does have, however, a hot and curmudgeonly gardener: enter one Lucy Grant, earth-girl, sun-kissed and sexy.  How to convince her to be his fake girlfriend?  He approaches her as she’s clips hedges; their encounter is witty, funny, delightful.  Miss B. enjoyed it, but it didn’t render the set-up any less inane.  Fun and flirty all the way …

Lucy has good reasons for her vehement refusal of Cash’s proposal.  All he offers her is cold, hard “Cash”: the play on the name is great.  Cash, abandoned by his mother, raised by his cold, harsh father, proved himself and won his father’s approval by working hard, doing well in school, and building his successful business, “He liked money.  Liked the comfort derived from seeing cold, hard cash accumulate.”  He moves in fast and successful circles and is good-looking, successful, and charming.  Lucy married a man just like Cash, at least as Cash appears to be.  Her stars-in-her-eyes marriage was brief and burned itself out when she discovered her husband cheating.  When a man like Cash approaches, no matter how attractive, Lucy runs.  She divorced the cheating creep, refused a settlement, left the high life behind, and learned about and grew her gardening business.  But her need for “cash” comes in the form of a beloved grand-mother.  The feisty delight who brought her up when her parents were killed, discovers that her beloved, now deceased, husband has left her gambling debts that threaten to take her only home.  Lucy will do anything for her Gram and agrees to Cash’s proposal in exchange for re-landscaping his garden for a hefty amount.  The needy Gram was a reliance on coincidence that was glaring and somewhat disappointing, but that is the danger of the flawed category: things do have to move along.

As Cash and Lucy work out their deal and arrange to take part in the competition events, they get to know something of each other.  Miss Bates liked that their conversations are adult, believable, and plain nice.  Lucy is, like the narrative, an uneven heroine.  She’s made great choices and is smart and plain-speaking and funny.  However, when she has to meet Cash for a competition event, she turns from gardener/farmer to “vamp” in one shopping trip.  Even though this was the life she’d led with her ex and knows her way around it, it was disappointing that she had to change herself to the extent she did.  She vacillates between sunny gardener and Sex-and-the-City fashionista in a most flip-flop fashion. 😉 Cash, on the other hand, is a steadier and better developped character: his charm goes out the window in the face of his attraction for Lucy, yes, and especially his liking for Lucy.  He develops endearing foot-in-mouth disease.  It’s funny and it works.  He’s a man who’s had to keep his emotions buried deep and they’re surfacing dangerously, bubbling over.  He’s confused, doesn’t know that to do with them.  But he’s also brave and honest enough to acknowledge his awkwardness, to figure them out and own them.

Admittedly, though “flirty” and “fun” is not Miss Bates’ cuppa, there’s one scene in the novel that is an absolute delight.  As part of the competition, Cash and Lucy have to attend an 80s-themed party and dance!  Suffice to say that, for Miss Bates, the reference to “dirty dancing” alone could win her over.  It’s lovely to read a hero who has the dancing moves.  “Time of my life,” indeed!  (This scene, by the way, reminded Miss B. of a great category romance, Susan Napier’s In Bed With the Boss.  There’s a flamboyance to Cash that echoes Napier’s hero.)  The party is followed by a great interview scene wherein Cash and Lucy let down their emotional guards and their vulnerabilities come through.  Nicely done, Ms Marsh.

Lucy’s and Cash’s vulnerabilities emerge out of their identities as “cynics;” or, as Lucy toasts Adrian, “Here’s to being a couple of anti-cupids.” Neither believe in the possibility of romantic and true love: the latter because of his affection-less childhood and the former because of a failed marriage.  They connect over their shared cynicism and, in turn, their attraction and growing love, foils their cynicism.  Cash decides Lucy’s his best bet as fake girlfriend because “He needed someone without any romantic illusions,” just like him.  Their carefully constructed dismissive attitude toward love … well, those walls come down like Jericho’s.  Cash and Lucy are left quite nicely floundering by Marsh.  Their internal vulnerabilities manifest insecurities and, by near end, they’ve made a mess of things.  All of this nice middle to the story goes up in flames and disappointment at its conclusion.  The narrative loses its authenticity, waffles between HP fantasy-schmaltz and a realistic, read-serious romance, and ends far too abruptly.

Nicola Marsh’s Romance For Cynics is an uneven, but not unpleasant read; it is “almost pretty,” Northanger Abbey.  It is published by Harlequin and has been available at the usual vendors since February 1st.

Miss Bates is grateful to Harlequin for an e-ARC, via Netgalley, in exchange for this honest review.

Do you read category romance?  Miss Bates, as you know, loves it.  Do you have favourite lines/categories, ones you “favour” over others?  Miss Bates likes “Super-Romance” because she can sink her teeth into a meaty, realistic story.  And, she loves Presents, which she approaches with a Friday-night-after-an-exhausting-week-at-work eagerness for pure escapism and irresistible camp.  Talk to her about your love of category romance in the comments! 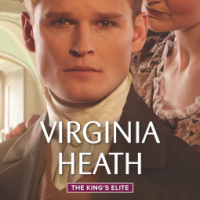 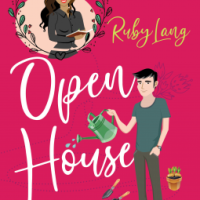 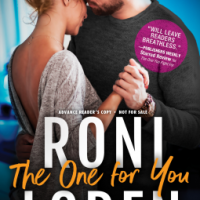