In this past winter’s darkest days, when snow hissed against Miss B’s window and she settled, with a cup of cocoa, into her bathtub-reading ritual, one of the books she read was Rose Lerner’s Regency romance, In For a Penny. She loved that it was a hybrid of cross-class and marriage-of-convenience romance tropes. She loved that heroine Penny (hence, the play on her name in the title) was as capable as she was vulnerable. She loved that the self-centred and inept hero Nev evolved into a good man. She loved that his decency was incipient from the start. When Nev’s youthful, dissipated shenanigans are interrupted by his father’s death, he throws himself into taking care of his family and rescuing the family fortune from his father’s profligacy. To do so, he marries (another play on her mercantile name) wealthy, middle-class Penny, though cultured and better educated than he. In the course of their working together to save the near-ruined family estate and falling in love, Nev acknowledges that he may be titled, but he’s not worthy of Penny. That she loves him and is beautiful in every way? Well, he is blessed. The reader knows that Nev’ll honour and love her till death do them part. If you, dear reader, haven’t read In For A Penny, it’s worth every moment spent in cooling bath water with pruny digits.

Lerner’s second novel, A Lily Among Thorns, originally published in 2011, has been re-issued, as has In For A Penny, by Samhain. Its opening scene echoes In For A Penny‘s drunk Nev and drunk friends out on the town. Miss Bates assumed she was in for more of the same. A young man, Solomon Hathaway, is celebrating his 21st birthday by getting drunk and, with some wild friends, visiting a brothel. Once there, he is struck by a beautiful and tragic prostitute. Without availing himself of her charms and to his own detriment, he gives her the one hundred and twenty-five pounds that was his birthday gift and what he had to live on at Cambridge. But the scene is different from In For A Penny, as are the characters. Solomon’s goodness and generosity are immediately evident. Our aristocratic prostitute-heroine, Serena, is beautiful and alone. They glimpse each other, but there is no marriage-of-convenience to unite them. Instead, six years elapse. Serena is a different woman when Solomon approaches her for help finding a pair of ruby earrings, a precious family heirloom without which his sister, Deborah, to his parents’ and her fiancé’s consternation, will not be married.

While In For A Penny was as perfect a romance novel as the genre produces, A Lily Among Thorns is worth reading, but flawed, a novel better in its parts than its whole. Some parts were marvelous, though. It took Miss Bates a long long time to immerse herself in it, without growing frustrated, or restless. In the last quarter, she fell in love with it. Lerner is a writer with and of ideas. She worked hard to avoid repeating herself in her second novel. She tried out new things: a different kind of hero and heroine, a broader canvas, with a London setting and tale of intrigue in the year of Napoleon’s final defeat. For these reasons alone, Miss Bates was glad to have read A Lily Among Thorns because these are things that make a romance writer’s development interesting to follow, as much into her not-so-successful efforts as her successful ones.

In 1815, Solomon Hathaway, chemist, tailor, and dress-maker, asks Serena Blackthorne, owner of the Ravenshaw Arms, aka Siren, or Thorn, to find his family’s stolen, precious, ruby earrings. For years, Serena has wanted to repay her debt to the young man whose one hundred and twenty-five pounds changed her life, from prostitute to prosperous London eatery and hotel owner. This is her chance. A Lily Among Thorn‘s opening is strong. Serena is a powerful woman now, but she never forgets her scandalous past, her vulnerabilities and sense of powerlessness when she was used by men. Solomon’s appearance is not only an opportunity to redress and recover some of that past, but the entry into her life, for the first time, of someone who wants and loves her for herself. Serena recalls what Solomon did for, and what he meant to, her: “He’d done the same thing six years ago: he’d come into that awful place and looked at her as if he saw her, as if he wanted to see her. And that forced her to see him, and she didn’t want to. She couldn’t afford to, not when she needed all the energy she had for herself, simply to get through each moment.” Solomon is the innocent to her worldliness; the open heart to her closed one. Serena’s problem is that she can’t take what Solomon’s freely giving because she first has to believe she deserves it, deserves him. She has to overcome her fear of abandonment because abandonment and betrayal are all she’s known.

Solomon, beautiful in appearance and purity of soul, falls in instant-awe of Serena. Miss Bates loved his ability to see people for what was best in them, to pursue what he loves, and to be gentle, kind, and good to everyone. Solomon is a wonderful hero; Serena’s ice-queen pretenses hide a woman who would do anything to protect the innocent and weak, while never expecting that for herself. This is yet another strength to the novel: Serena’s difficulty in accepting love, or help, or friendship. She acts on the assumption that everyone wants something of and from her. Until this point, Serena was right …  when confronted with Solomon’s decency, humility, and goodness, she doesn’t know what to make of him. Solomon is outside the realm of Serena’s experience. He proves to be the one who recognizes her worth, her lily-self among thorns.

One of the romance genre’s enduring and endearing themes is this very recognition of the heroine’s and/or hero’s truest self. The romance narrative is where the hero and heroine’s vulnerabilities and fears find a safe harbor in the other. Certainly, these ideas are upheld beautifully in Lerner’s A Lily Among Thorns. Indeed, they dominate the opening and marvelous closing. It’s what happens in between that Miss Bates did not enjoy and where, in her opinion, the novel sinks. Solomon’s family heirloom, Serena’s influence and the information she carries about the powerful men she slept with, her underground connections, and her evil, machinating father (indeed, the reason a well-born girl ended up in a brothel) enter the narrative along with a myriad of secondary characters and plot twists. The romance is submerged in a narrative of intrigue, corruption, and deception. In the midst of this mess, the figures of Solomon and Serena, when brought together, shone bright, but alas too infrequently. Witness these passages, however: “She felt as if she were a neat page in a ledger and he’d spilled ink across her. She could feel it spreading over her skin, soaking in, making her messy and vivid and irrevocably destroyed … When he leaned his weight on her, it felt as if they were melting into each other like sugar and water caramelizing in a bain-marie, slow and delicious.” Only a small sampling of what an original and interesting writer Lerner is: her vivid and unique use of figurative language, wit and humour that are romantic even while tongue-in-cheek. Miss Bates loved the bain-marie and reference to the act of writing. Miss Bates wasn’t enamored with a plot whose numerous threads recall a maze, but no Ariadne to lead us out. Miss Bates desultorily endured those parts of the novel, so she could enjoy Serena and Solomon arguing, bantering, confessing, and making love.

A final nod to Lerner’s wonderful referencing of Biblical language, particularly the Song of Songs: “As the lily among thorns, so is my love among the daughters. As the apple tree among the trees of the wood, so is my beloved among the sons,” she quotes. Miss Bates loved Lerner’s use of Biblical imagery to point to the essence of the romance narrative, the moment when hero and heroine say, “I choose you because you are you.” Lerner’s referencing is beautifully integrated in one of the novel’s final triumphant moments. In a garden, under an apple tree, echoing the Biblical Adam and Eve, Solomon and Serena utter avowals of love, fidelity, and commitment: “She opened her mouth and pressed against him, unfurling under his touch like a lily blossoming among thorns, bright and unexpected and vulnerable.”

Rose Lerner’s A Lily Among Thorns, originally published by Dorchester in 2011, has been re-issued by Samhain. It was been available in e-format since Sept. 2nd at the usual vendors. Miss Bates is grateful to the author (and Samhain) for an e-copy in expectation of a review at MBRR.

15 thoughts on “REVIEW: Rose Lerner’s A LILY AMONG THORNS, Such Is My Love” 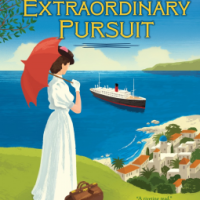 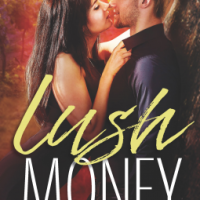 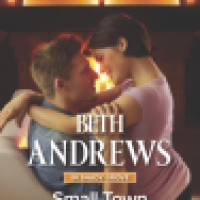 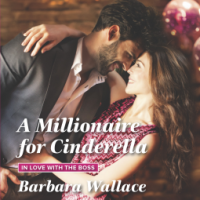