The chaparral reaches out to him, as do Catarina’s comely curves and cinnamon eyes. Though Jace carries the secret of his family’s power and hatred of Hispanics, though he doesn’t carry their name Bannister, having run away at fifteen, he yearns for connection and family. A meeting by the town trough and some stolen kisses establish his and Catarina’s attraction. He knows that the Bannisters and Morenos have ancient and nasty history. Animosity, family feud, and blood honour mix with desire, attraction, passion, and yearning for a place in the world: Jace for home and wife; Catarina, now 26, for a husband, home of her own, and freedom from her mother’s austere dominance.

Jace is a hero who yearns to belong, to a home and a woman. Catarina holds out the promise of everything he hankers for, “If he settled here, took this woman to wife, he could whisper that name into the soft skin of her neck, low and sultry. At least, he could if she weren’t a Mexican. And he weren’t a Bannister. He was already playing with fire, considering how protective Mexican fathers were of their daughters.” He reaches out for her, with kisses and flirtatious conversations and “chance” meetings, even though he knows their union would result in a Capulet-and-Montague, Hatfield-and-McCoys break out of feuding families. The call of bodily desire is strong and Catarina and Jace are caught in a compromising position by Senor Moreno. He demands that Jace marry his compromised daughter and the Moreno women go into wedding plan mode. Jace and Catarina are torn about it: they want to be married with a family and place of their own, but they don’t know, or trust each other fully, nor hear love’s call … yet.

The one out of honour and the other out of duty to her family determine to make the best of this situation. Of course, there’s also the fulfillment of that burning attraction to look forward to. Miss Bates thought that the novel’s initial chapters were uncertain and unconvincing. Turner tried to balance introducing Catarina’s extended clan, especially her fascinating mother, silent father, and sundry siblings, and various secondary townspeople, while establishing the basis of the romance and conflict between Jace and Catarina. The romance suffered, Miss Bates thought, and, as a result, the conflict did too. The protagonists’ over-wrought sentiments didn’t match their under-developped “courtship”; Jace and Catarina’s sentiments rang hollow. They protested too much. Their reasons for staying away from each other were stolid, but their reasons for being together were based solely on physical attraction.

Miss Bates will let Jace’s physical response to Catarina stand, as described above with its “whisper” and “soft skin,” for the reason she continued to read: the writing was adept, skilled, lyrical. Turner wasn’t quite in control of her material in the first third of the novel, but her prose was lovely and smart. For example, Miss Bates loved Turner’s use of “green” imagery. For example, Catarina’s dowry: one hundred head of cattle; when Jace learns of this, his reaction is not exactly admirable: “There was a name for that green bitterness – covetousness. And look at where covetousness and his wandering finger had led him to.” Jace’s response is complex: he wants Catarina and he wants her cattle; it would allow him to set up his newly-bought ranch in a way his meagre and now-depleted savings wouldn’t allow him. Catarina too realizes that Jace might want her for more than her lovely body and delectable cooking skills; Catarina is a woman of vanity, but pride and strength too. It hurts when she has to acknowledge that Jace’s desires aren’t solely directed at her; again green figures prominently, “Catarina’s entire world had gone green. She’d almost spit, her mouth had tasted so bitter.” Yet Jace proves poetic too; his loneliness and genuine yearning for Catarina makes him see her as beautiful, everything desirable, melding with, and reflecting, his hunger for land and belonging, “Her dress was as green as the sage perfuming these mountains.” (Turner’s prose can take humorous, delightful turns too, as when she describes Catarina’s self-possession, one of her most endearing traits, “Her pride had puffed up like a tortilla on the stove.”)

Turner’s Summer Chaparral, uncertain and maybe disjointed to start, came together with Jace and Catarina’s wedding. Turner may not have done well by the courtship, but she was masterful at the early-marriage blues. Jace and Catarina’s attraction culminates in a wedding-night, love-making scene that shows a romance writer in control of her material: it’s sexy and in keeping with their characterization. It’s well-written and, true to life, it doesn’t make them any less skittish, or wary in their daily interactions. Their tender and passionate nights give way to less-than-halcyon days, typical of a couple who married in haste. Jace and Catarina don’t repent of their marriage, as they both come to acknowledge that they love each other. They do so, however, in their secret hearts. Pride, misunderstanding, and the estrangement brought on by their fraught familial associations make for poisonous days. Their tempers, fun to read as they are, don’t help. Turner shows an awesomely perceptive sense of an early-days marriage: first love-nights still lead to first fights. Here’s her portrait of the tensions of Jace and Catarina’s tentative and tense first few weeks of marriage:

The rest of the week was more of the same, a strange dance between them where for a few moments they would be in perfect step, flowing together, and then suddenly one of them would step on the other’s foot and it would come to a stuttering, stumbling halt. This getting along together wasn’t something she’d thought of beforehand, but it seemed it was the hardest part of being married.

Miss Bates thought the dance metaphor, its rhythm and missteps, fits and starts, the perfect description to the misunderstanding and mistrust that simply not-knowing-each-other-well can lead to in a marriage. And the hurt. Does Turner ever do a great job at the hurt that married couples inflict before they learn compassion, humour, and forgiveness. Jace proves hurtful and needy; Catarina proves angry, imperious, and cold. Miss Bates loved Turner’s portrait of Catarina’s waspish anger, righteous as it was, “She felt something inside her snap, as if she had gathered up everything about her marriage and broken it over her knee like a twig.” Frissons of discovering a great romance writer. Because Turner turned that twig into a blossom, fresh and delicate and aromatic, and supple enough to bend and forgive and show potential for growing strong, for flourishing. As do her prickly, needy, loveable protagonists, Jace and Catarina Moreno-Bannister.

After the first dozen chapters, Miss Bates was utterly immersed and fascinated by Summer Chaparral and found in it evidence of “a mind lively and at ease,” Emma. Miss B. can’t wait to read the second book in Turner’s Las Morenas series, Autumn Sage.

Genevieve Turner’s Summer Chaparral is self-published and has been available in e-format at your favourite vendors since October 5th of last year. 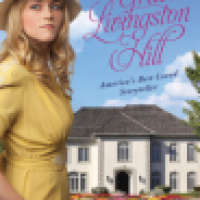