Jennifer McKenzie and the second volume of her Family Business series, Tempting Donovan Ford, is new-to-Miss-B. She’s sometimes keen to try a new author, especially in one of her favourite category lines, the meatier Super-Romance. Also on the look-out for that romance rarity, an HEA-journey set in her “home and native land,” Canada, in this case, Vancouver. McKenzie’s romance had sufficient narrative enticements to forego Miss Bates’ dislike for a chef heroine (really? another chef) and businessman hero (one-CEO-too-many in romance these days). Its tropish ways familiar and beloved, antagonists-to-lovers and opposites-attract, Jennifer McKenzie’s Tempting Donovan Ford tells the story of the eponymous hero, head of his father’s wine-bar business, and Julia Laurent, executive chef of established, if a tad dated, French resto, La Petite Bouchée. They are thrown together when Donovan’s father buys La Petite Bouchée, a surprise to Julia, to whom Jean-Paul, the previous owner, had promised to sell. La Petite Bouchée is Julia’s professional and personal grail: her mother, recently deceased, still terribly missed and mourned, was its original executive chef. Donovan’s tall-dark-handsome presence, though an immediate physical lodestar to Julia, is, nevertheless, her dream’s usurper … unless she can convince him to sell her the restaurant. Donovan was against his father’s purchase of the demodé establishment. His aim is to modernize, redesign, and re-sell. He knows Juliet’s cooking is a selling point. Their plans align: renovate the restaurant and give Julia first dibs on its purchase. Until Donovan’s father, now recovered from a recent heart attack, informs Donovan he won’t sell.

Miss Bates thought McKenzie did a fine job of characterizing Julia and Donovan. Julia is a likeable, sympathetic heroine. She is focussed on her career, but treats her staff with respect and consideration. She’s a go-getter, but gentle and kind too. She knows her mind and is self-sufficient, but isn’t afraid to be vulnerable. She’s a stickler for tradition, but not rigidly so: “Julia Laurent had always liked traditions … Classics. Things that stood the test of time.” She’s lonely and sad over her mom’s loss. She craves family and friendship, but is able to care for herself and never whinges. Her connection to La Petite Bouchée is her way of staying connected to her mother. Donovan’s presence, though gorgeous, is, at first, threatening to her potential ownership, as well as the restaurant’s old-world charm. Donovan wants to renovate with an eye on the market, what sells and brings in the customers. Julia wants the restaurant’s success, without losing its tradition, or charm. She wants a solid customer base, one who returns for food, familiarity, and ambiance. Though Donovan and Julia clash over these issues, they also listen and compromise.

Miss Bates appreciated that McKenzie created such mature, adult characters: honest, sexy without coyness, open, affectionate, and humorous. Nevertheless, Donovan too comes with baggage: born into a wealthy, self-made, loving family, much of the novel involves his volatile relationship with his younger brother, Owen, and unhappy, but dedicated-to-the-family-business sister, Mal. His parents are supportive and encouraging. Everything Julia ever wanted. But Donovan carries a wound to his professional pride: though the talk of the town and super-successful, his first restaurant venture failed and exhausted his trust fund. He had to ask his father for a place in the family business.

In a way, what Miss Bates described above is exactly what’s wrong with hero and heroine: absolutely nothing. They’re lovely people, reasonable and fair-minded, affectionate and loyal. Their affair, though Julia has professional concerns, is honest, sexy, and appealing. They communicate and share: they even admit when they’re jealous to each other. Their love-making is sexy and ruefully humorous: Tempting Donovan Ford is also one of the sexier Super-Romances Miss Bates has read. (This is not a selling point for her, but it might be for her readers.) This makes for a lack of tension … taken up, especially in the first half, by Donovan’s family concerns, and Julia’s weak-willed resistance to his charms. Then, out of sheer stupidity, Donovan does something pretty shabby and, frankly, out of character. The rest of the book is the working out of how Julia and Donovan work this out: Miss Bates was caught up in their story, but her reader-self didn’t feel she had much invested in the characters. You can’t be that reasonable and not find a way to resolve the issue. Admittedly, Donovan does a good grovel; on the other hand, he’s a Hubbell character. His existence is charmed and he always gets what he wants. Miss Bates hoped Julia would hold out, but she caved.

There were further peculiarities to the romance. For a chef, Julia doesn’t seem to be occupied with food, ingredients, or recipes. When Donovan’s family comes to La Petite Bouchée for lunch, all Julia can think of to cook for them is chicken breasts and asparagus. No self-respecting chef cooks those bland, tasteless mounds of boring chicken-flesh, does she? These are niggling points, maybe, but they took Miss B. out of the narrative. McKenzie’s Julia seems to be more sensually aware of clothes than food and maybe her romances would be better served to be set in the fashion industry. Moreover, while Miss B. was excited about the novel’s Canadian setting, it was strangely devoid of atmosphere, or details of place. Lastly, while McKenzie deserves praise for taking on themes of loyalty, trust, and betrayal, there was a problem with the insta-love Donovan’s family had for Julia. Miss Bates understands that the goal was niceness, but it didn’t feel natural to the way emotions evolve. In the end, Miss Bates experienced a mild enjoyment of the novel, with the comfort of knowing quite early on that everything would turn out all right in the end. The writing was smooth, adept, not fancy, or original, but serviceable to its purpose. Jennifer McKenzie’s Tempting Donovan Ford provided “tolerable comfort,” Mansfield Park.

Jennifer McKenzie’s Tempting Donovan Ford is published by Harlequin and has been available in your preferred format since January 6th at your favourite vendor. Miss Bates received an e-ARC from Harlequin, via Netgalley.

What is is about some books that leave us flat? 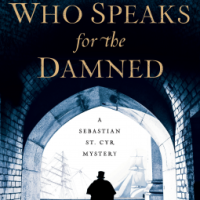 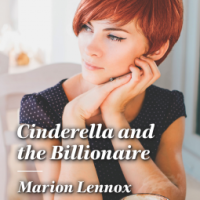 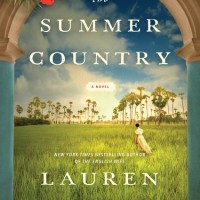