Miss Bates almost DNF-ed Janice Kay Johnson’s To Love A Cop (cheesy cover and title should be ignored; this is thoughtful romance). It opens at a gun show, as cop hero, Ethan Winter, admires a gun; to give Johnson credit, he’s there to look out for potentially dangerous gun buyers. He spots a boy, one who seems fascinated by what’s on show. Ethan chats with him, realizes he’s younger than he appears and has skipped school. Ethan takes the boy, Jake, home to his single-mom, Laura Vennetti, to realize yet again that, five years ago, Jake was the boy who shot and killed his cousin when his father, Officer Matt Vennetti, left his service weapon carelessly lying on the kitchen counter. Not long after, with an extended family in shambles and ravaged by guilt, Matt committed suicide.

Heavy subject matter in romance doesn’t drive Miss Bates to DNF; but guns … man, she, like our heroine, doesn’t like them, doesn’t think they belong anywhere, should be strictly controlled and, if it was up to Miss B., banned. Living in Canada, gun control doesn’t have the divisiveness it does for her southern neighbours. But living in a city where a man with a gun killed fourteen women because they were being educated, she doesn’t buy the “guns don’t kill people, people kill people” as a viable argument against their strict control. Miss B. doesn’t like wearing a seat belt either, but it does make for accident prevention. She’s digressed to this point to reinforce she didn’t really want to read Johnson’s romance, didn’t see much romance to be had in it … but she’s awfully glad she squelched her distaste, her visceral judgement against all things “gun” to take the story in. Because Johnson is a long-standing, serious, balanced, considered writer and this is one of the best stories she’s written.

Sadly, everything Johnson writes about in To Love A Cop is familiar from the daily news: a child accidentally killing another, disaffected youth and gun fascination, single parents, especially mothers, trying to understand potentially violent sons, cops, good and bad. The emotions run high too – indeed, how could they not? – blame, guilt, remorse, deep-rooted, deep-seated and still bearing on Laura and Jake. Gentle, patient, loving, but tough Ethan serves as a catalyst in Jake and Laura’s lives, bringing everything they’ve buried to the surface. In a way, Jake as well does this for Laura: a boy who killed his cousin, lost his dad to suicide, and is now, at eleven, gaining sufficient consciousness as he stands on the cusp of adolescence, to want to understand what happened, why it happened, and work through his uncertainties and remorse. Ethan, Laura and Jake Vennetti, the extended Vennetti clan, Ethan’s parents, Jake’s counselor exhibit signature Johnson characterization. Miss Bates appreciates that Johnson tells the stories of lower middle-class people, lacking glamor and money, literate but not academic, who work hard, have crap to work through, but are strong and loving, with a touch of rueful humour even in the worst of circumstances. Her heroes and heroines, and Ethan and Laura are typical, are older: they’re divorced, or widowed, have children, parents, siblings, take part in family gatherings and school events without the goody-two-shoe-ish-ness of inspirational romance and devoid of the puerile world of billionaires and virginal PAs. Janice Kay Johnson’s category romances, a quiet and important contribution to the genre, are the embodiment of the realistic in realism.

In To Love A Cop, Johnson’s characters are nuanced and flawed. Even the Vennetti clan, who rallied around Rinaldo, Matt’s brother and father to Marco, the first cousin Jake killed, and abandoned Laura and her son after Matt’s suicide, are eventually sympathetic. Everyone behaves badly in the novel, but no one is evil, or overwrought. To a certain extent, Ethan is idealized and Miss Bates can see this may be problematic for some readers. There were moments when Miss Bates had this caveat, but Johnson was presenting a perspective Miss Bates hadn’t considered and made it sufficiently compelling she wanted to see it through to the end.

Though the novel was written more from Ethan’s than Laura’s perspective, it was very much about the question implicit in the title, what does it mean “to love a cop?” To love someone who carries a gun when guns have near destroyed your life, marked your child and taken your husband? Johnson makes Laura the angry one and Ethan behave with patience and consideration. It couldn’t have worked any other way, in light of the trauma Johnson endows Laura and Jake with. Though idealized, Ethan is still believable. Despite much evidence to the contrary, Johnson seems to posit a cop like Ethan is possible. Albeit he’s a detective, one who investigates bias crimes; his story with Jake and Laura is paralleled by his investigation into a series of anti-Semitic incidents in Portland, Oregon, where they live. As a matter of fact, the resolution to these incidents is the romance’s one weakness, a bit of, excuse the pun, a cop out.

Johnson’s narrative is rife with heavy, difficult emotions, especially Jake and Laura’s. Laura’s response to Ethan, as kind as he is to bring Jake home from the gun show, as gently as he listens to her after he realizes the burdens she carries, is a reflection of Miss Bates’ own response to all things “gun,” suspicion and distaste. Here is Ethan and Laura’s conversation at the tail-end of his first visit with her:

“I saw Jake’s expression when he looked at those guns today. Whatever is going on in his head is powerful. You’re not going to be able to stamp it out by making guns taboo. I’d strongly suggest you consider enrolling him in a gun safety class – “

This time, she jerked back, pulling her hand from his and curling both hands into fists. “You think I should put a gun in his hands? No! No, no, no. I swore I would never allow one in my house again.” She glared at his holstered weapon. “I shouldn’t have let you in. Not carrying that.”

His eyebrows drew together. The silence bristled with too much said. After a moment he nodded and pushing himself to his feet.

“I’ll leave then. I think you’re wrong, but you have a right to make the decision.”

Her “thank you” rang of sarcasm.

Ethan is ever calm, competent, and caring. Laura’s reaction to his service weapon, with images still of finding Marco and Matt dead, is visceral and understandable. Ethan’s advice is rational and concerned. He’s right and she’s right too and this makes for such a good novel. Laura reconsiders Ethan’s suggestion, but also puts Jake back in counseling, in which Ethan and she take part as they grow closer and Ethan forges a relationship with Jake. Johnson doesn’t make Ethan’s suggestion the only way to heal Jake and this worked in her favour to keep Miss B. reading.

Johnson is a dab hand at secondary characters who come alive. In To Love A Cop, the boy Jake is such. Miss Bates would say that sometimes she questioned whether an 11-year-old would have Jake’s self-awareness, but his voice remained compelling and believable despite this quibble. Here are Jake’s thoughts on his interest in guns:

Jake had wanted really bad to hold the gun. Just looking at it made his chest feel tight in a way that was good and bad, both. He couldn’t remember exactly what Dad had carried. He’d only been five … Dad’s had looked a lot like Ethan’s. And Ethan said the Glock was a common weapon for cops to carry.

… part of him was thinking now with a kind of horror, Was that what I used to kill Marco? And part of him was conscious of how powerful that gun was. The memory of the way it had leaped in his hands as if it was alive was embedded in his very bones. But he’d been little then. Now he was almost as tall as Mom. He could control it. He’d be powerful holding it. He didn’t know why, but he badly wanted to relive the experience of holding a gun like that, it tangled him up inside sometimes, because Mom would never understand. He wasn’t sure anyone would.

Jake’s is a compelling voice. Miss Bates was, at times, horrified at this boy-character and, at other times, as Johnson shows his child’s reasoning for his desire to control a powerful gun, sympathetic. His mother, Laura, like Miss B., is appalled. And yet, it’s more important for Johnson to show what love, support, understanding, non-judgmental listening and vigilance can do to heal a boy like Jake. His healing is, moreover, believable, but Miss Bates will allow you to discover that for yourself, dear reader.

You’ll also likely ask, what of the romance between Laura and Ethan, Miss B.? Though Ethan and Laura’s romance is one among several threads in the novel, it’s beautifully developped. There is mutual attraction and liking from their initial meeting, but there are also obstacles. Ethan divorced a woman who hated how his job interfered with their plans. But tender-hearted Ethan also knows when something is right and good, knows what he feels for Laura is genuine and important. He also realizes his care and concern for Jake are as important to him as Laura. The greatest obstacle to their love is Laura’s reticence to be with a police officer again: how she re-assesses her stance, without diminishing her marriage to Matt, is sensitively done. One of the aspects to their relationship Miss Bates enjoyed was Ethan’s honesty about how Laura hurts him when she judges him and makes assumptions about his work and identity because he’s a cop. Laura and Jake hurt and misunderstand each other: and while their hots are most nicely hot, how they forgive and re-affirm their commitment as two mature adults, thoughtful and thoughtless, is refreshing. In her work, Johnson is as interested in how blended families are made as she is in sex and romance. Miss Bates thinks this is one of the strongest aspect to her romance novels. Janice Kay Johnson’s To Love A Cop is excellent; Miss Austen would approve and says of it, “there is no charm equal to tenderness of heart,” Emma.

Janice Kay Johnson’s To Love A Cop is published by Harlequin in its Super-Romance category. It has been available since April 7th and you may avail yourself of a copy from your favourite vendor. Miss Bates received an e-ARC, via Netgalley.

7 thoughts on “REVIEW: Janice Kay Johnson’s TO LOVE A COP, What It Means …” 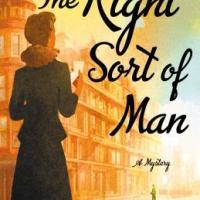 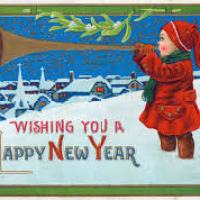 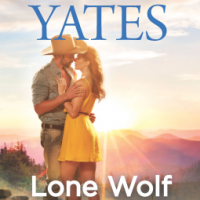 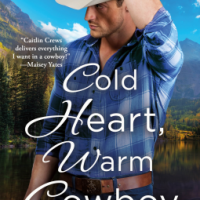