As a spinster of modest means, Miss Bates was intrigued by Rogers Maher’s premise for Rolling In the Deep. Who doesn’t buy the occasional lottery ticket and dream big? Ramòn “Ray” Lopez and Holly Ward stock shelves at a Poughkeepsie Cogmans, a “Walmart-like” superstore. Single-mum Holly is a Cogmans veteran; Ray, a newcomer. They shoot the breeze when they share an aisle, tell each other about their lives, and harbor a shy attraction. Holly survived a nasty divorce. Brett, her ex, and she share custody of Drew, their eight-year-old son. Brett, a cheating, domineering husband, is still nasty, insulting and demeaning Holly. She is anxious and self-effacing. She believes Drew is better off with his father: there’s a marked difference between the quality of Drew’s life when he’s with Brett and his wife Emma and when he’s with Holly in a dreary apartment and sparse life-style. But she’s “too selfish” to give him up; she loves him. At first, Ray appears the cheerier of the two. Newly arrived from Queens, Ray works two jobs, at Cogmans and a local restaurant, hoping to fulfill his recently-deceased mom’s wish for him to attend culinary school. Ray carries an uprooted grief, but seeing Holly smile and chat make him happy. He wants a date, but senses her single-mum’s caution. On a lark, he asks her to go halfsies on a Powerball ticket. When they win eighty million dollars apiece, their fledgling attraction and financially-straitened lives change overnight.

Told in alternating first-person narration, Rogers Maher’s novel’s strength is its portrayal of poverty and sudden wealth. Miss Bates appreciated the non-fairy-tale treatment of suddenly being the recipients of a windfall. Ray and Holly’s reactions are more nuanced and interesting than shopping sprees. Money changes everything for them externally, but it doesn’t change how they feel: how sad they are, or how lacking they see themselves. Before their win, Holly describes her life at Cogmans: ” … everyone shops here even if they don’t want to, because it’s what we can afford. We buy everything we need at this store, from frozen peas to a sectional sofa-all in one stop. We work here, too, if we need to. Which I do.” Holly often speaks as a community of poor, faceless minimum-wage workers, living from paycheque to paycheque, barely making ends meet. Rogers Maher doesn’t romanticize Holly’s situation, nor make it totally hopeless. Holly works hard and derives some satisfaction from her life, but it’s hard and relentless. More importantly, Rogers Maher shows how unlikely it is that Holly, without the education or means, will ever be able to improve her lot … as unlikely as winning the Powerball.

Roger Maher’s novel is thematically complex. When Holly and Ray realize they’ve won millions of dollars, their thoughtful consideration is about the randomness of their jackpot. Witness what Ray yells at a reporter after his win: “People work hard all their lives and they end up with nothing. And then other people play the goddamn lottery and win eighty million dollars for no particular reason. It’s random as shit, and it isn’t the slightest bit fair.” Their shock and confusion are as much existential crises as elation about what they can now do; here are Ray’s thoughts:

I’m scared to death. Of what’s to come for both of us, of how this will change us. Of going to sleep tonight and waking up to a life that’s utterly, entirely new … I know a normal person would ask why anyone would want to go back. To driving a beat-up old truck from a one-room apartment to a dead-end job at Cogmans day after day … But that little life – that ordinary, run-of-the-mill American life – it was MY life. I knew it. I understood it.

Rogers Maher captures the uncertainty and disruption of a life caught in unforeseen change. Moreover, these baffled existential questions are extended to questions about being deserving, feeling guilty at receiving this tremendous luck; here are Holly’s thoughts when she returns to Cogmans after her win:

I don’t have to stand here smelling the plug-in air freshener. Or breathing in the fine layer of weirdly chemical dust that coats every item in the store … I can leave. But the woman with the cart next to me can’t. She can’t afford to shop anywhere else. All my coworkers, waiting for me in the break room with a cake to celebrate my lottery win – they can’t leave. They need this job, just like I did a few days ago. I don’t know what I’m supposed to do with that.

Holly and Ray’s sudden wealth results in the same incertitude their poverty did: we still have to make choices and those choices are dictated by our circumstances. It’s not as simple as money doesn’t buy happiness because happiness isn’t the question. As Viktor Frankl writes, happiness is a mere byproduct to meaning and purpose. Miss Bates liked the meaning that Holly and Ray find in their windfall and it’s the same one they found before: the answer lies in how they’re going to use their money. Their decision to create and be a part of a community is about growth and sustenance; it’s perfect.

And yet Miss Bates didn’t love reading Rolling In the Deep. The novel made her consider questions of wealth, luck, and choice. But it didn’t move her: it’s a novel driven by an idea, an excellent idea albeit, but the romance is subsumed by it. Ray and Holly are attracted to each other and that’s fine. But when that attraction turns to insta-love, it’s difficult to buy, pun intended, into their relationship. Miss Bates doesn’t have a problem with insta-lust because that’s the nature of the beast, its “insta-ness”. However, in this case, Holly and Ray’s crude, overwrought love scenes are what binds their relationship. The conflict bringing about their couple’s dark moment/ritual separation is contrived and trite. Miss Bates was satisfied with the way it was resolved, abruptly though it was. Lastly, when Rogers Maher is writing about money and random luck, about Ray’s grief for his mother, about Ray and Holly’s jobs, and Holly’s love for Drew and her confrontation with Brett, the writing is strong. When it comes to the romance – much, much weaker. Rebecca Rogers Maher’s Rolling In the Deep, says Miss Bates, elicits “real comfort,” Emma.

Rebecca Rogers Maher’s Rolling In the Deep is published by Penguin Random House’s Loveswept. It was released on November 10th, 2015, and is available in e-format at your preferred vendors. Miss Bates received an e-ARC from Loveswept, via Netgalley.

6 thoughts on “REVIEW: Rebecca Rogers Maher’s ROLLING IN THE DEEP, Or “Hope Hurts”” 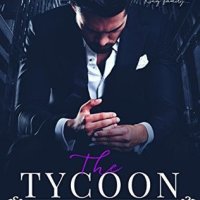