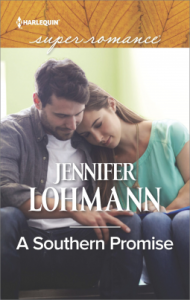 Miss Bates loves category romance above all others and it’s been a while since she read and reviewed one. Jennifer Lohmann is a new-to-Miss-B author, but after reading A Southern Promise, one she’ll happily return to. Detective Howie Berry of the Durham, North Caroline PD, meets the daughter of Durham’s foremost family, Julianne Dawson, née Somerset, in the back seat of a police cruiser. He tells her that her beloved Aunt Binnie was murdered. Lohmann’s opening is wonderfully rendered, hinting at her protagonists’ characterization, setting up tension and conflict, and giving the reader a glimpse into their silent musings. Between Julianne and Howie is a whole city’s past, intertwined with their own demons. Lohmann sets up her cross-class-conflict-of-interest tropes from this opening scene, enriching her narrative and adding depth. The cross-class element is rarely convincing in contemporary romance, but Lohmann understands it better when she situates it in the mind and heart of one of the two main characters. Howie Berry is the result of a one-night stand between a Durham tobacco mill worker and David Berry, the Somerset tobacco company’s vice-president. Julianne is the daughter of the now-defunct tobacco company’s owner. With a wrong-side-of-the-tracks hero, – how refreshing! – Golden-Girl heroine AND a murder, what could go right between these two?

In Howie’s mind, Julianne is the epitome of privilege and entitlement and he’s the boy who was always on the outside looking in, even though his paternity should’ve had him dancing with her at the same prom. While Howie’s impressions of Julianne may be of the princess variety, she is anything but. Back from NYC three years ago, she’s setting up a new business and feeling an obligation to return to Durham what her father robbed when he shut down the mills and left a city faltering in unemployment and quiet despair. Julianne is a women who’s lost too much: her five-year marriage ended when she caught her husband with another woman, her NYC dream tarnished. She returned to Durham sadder, lonelier, less trusting. Her Aunt Binnie was an oasis in the storm. As for Aunt Binnie’s murderer: Howie doesn’t have to look any further than those who were closest to her; as Shakespeare wrote, “the near in blood, the nearer bloody.” What happens when the woman whose family you’re investigating is the women who turns you on? And when that woman evokes care and tenderness, your duty and your heart clash like dissonant cymbals.

Lohmann creates two likable, plausible protagonists in Julianne and Howie, with strength and vulnerability, humility, integrity, and believable inner conflicts. Her writing is much like her characters: understated but with depth, in a great balance of humour and pathos. Lohmann establishes Howie and Julianne succinctly and we feel immediately connected to them. For example, Miss Bates enjoyed Howie’s awareness of how he appears to a lady such as Aunt Binnie (Aunt Binnie lives as a great character in Howie’s and Julianne’s memories: Julianne because she felt closest to her of all her family and Howie because he was in charge of Aunt Binnie’s weekly precinct calls of crime tips and conspiracy theories): ” … between the round glasses and his floppy, wavy hair, old women generally treated him like a favored grandson, stopping just short of pinching his cheeks.” Howie’s benign appearance belies his lethal questioning technique and sharp detective’s mind. In the same way, Julianne’s golden-good-girl persona was immolated on the altar of her disappointments. Miss Bates loved Julianne’s resolve never to again be Ms-Nice-Girl: “Nice had gotten her nothing over the years, so Julianne had washed her hands of nice.” Despite how their town, family, and friends see Howie and Julianne, their gifts are honesty, kindness, quiet intelligence, and integrity. Two more likable yet nuanced protagonists Miss Bates hasn’t met in a romance novel’s pages in quite a while.

Lohmann’s is a slow-burn romance. A dead aunt, a fraught investigation and a hero and heroine caught between desire and duty and desire and family loyalty, respectively. Julianne and Howie’s romance is of the one-step forward, a whole heap of stairs back variety. However, at least initially, in that steaming-summer-heat patrol car, their attraction is palpable to the reader and implausible to them, as it should be, given the circumstances. Miss Bates loved Julianne’s response to Howie: “Julianne took a long, deep breath and stared into the detective’s light brown eyes. They had a ring of chocolate around the edge. For all his silly hair, the detective seemed like a steady man … A strong man. Maybe even a kind one.” Julianne’s grief overwhelms her and she lies sobbing in Howie’s arms. Miss Bates also loved his rueful response to his growing attraction: “The only thing that mattered was whether the woman curled up in his arms had killed her aunt. Instinct told him no, but instinct was also a fool who’d encouraged him to lean over and sniff her hair … Howie wanted to pull her back into his arms and comfort her. He wanted to know her well enough to have a pet name for her – Annie, maybe. But neither was possible.” Divided loyalties and conflicts of interest, a smattering of prides and prejudices on both their parts, and roiling, confusing emotions make for great characterization. Howie and Julianne must come to answer the question: “Do you sacrifice love for justice, or justice for love?” How they answer it? Well, dear readers, this IS a romance and HEA means no sacrifice need apply. The romance narrative is about love and vindication, justice for the oppressed, and love for the deserving and even the undeserving.

Lohmann’s slow-burn narrative is blessing and curse. Blessing for the reasons Miss Bates stated above, but curse because it results in two narrative weaknesses. Firstly, once the initial attraction is established, Howie and Julianne retreat to their respective character corners and interact with secondary characters and muse about the murder and their attraction. They muse A LOT. So we spend, in the first third of the novel, too much time in their heads and no time with each other. The romance feels a tad stunted. When they do interact, they’re nicely having kittens and that’s quite satisfying … just wish there was more of it. On the other hand, this ember-ish romance results in, and this may not satisfy some readers, but for Miss Bates, it’s her love scene ideal, a late-arriving, singular, wonderful love scene. The arguments, the tensions, the near-kisses, the whisper touches, the doubts, the anger, the betrayal are complete when the scene arrives, but so is the friendship and the connection. It’s obvious Julianne and Howie love each other; they’ve exorcised their demons, arrived at self-acceptance and confessed their love. Their love-making is culmination, celebration, and commitment. The three C’s: from hereon how every love-making HEA should be judged, according to Miss B. 😉 Miss Bates and Miss Austen say that Jennifer Lohmann’s A Southern Promise offers us evidence of “a mind lively and at ease,” Emma.

Jennifer Lohmann’s A Southern Promise is published by Harlequin in one of Miss Bates’s favourite lines, the Super-Romance. It was released on December 1st, 2015, and may be found in e-format at your preferred vendors. Miss Bates is grateful to Harlequin for an e-ARC, via Netgalley.

8 thoughts on “REVIEW: Jennifer Lohmann’s A SOUTHERN PROMISE, Or Love and Justice” 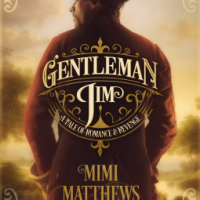 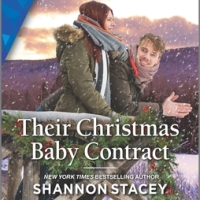 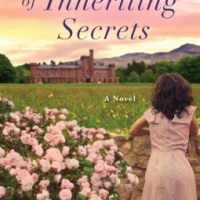