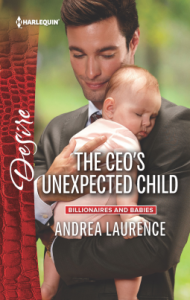 Hmm, Miss Bates had a somewhat bizarro thought after reading Andrea Laurence’s The CEO’s Unexpected Child: can it be that a not-very-good book can’t be discussed without spoilers? Because awfulness lies in the plot dominating, in a bad plot dominating? It struck Miss Bates that she can always discuss a good rom without spoilers. Would love to hear your thoughts on this, dear readers.

Onto to Laurence’s Desire and sifting through Miss Bates’s thoughts. Laurence’s CEO-mystery-mommy-plot-moppet smorgasbord is one of those roms which could’ve been great. The premise is wild (and possibly therein lies some of Miss Bates’s sour-puss face): what happens when an Italian’s CEO’s stored sperm is mixed up and ends up impregnating an IVF-ed woman instead of her husband’s? What happens when said husband dies in a car crash and pregnant lady finds out he was NOT the man she thought him? What happens when ten months later, studly-CEO discovers the fertility clinic’s error and sues new mommy to six-month-old-daughter for shared custody? That, folks, in a nutshell, is Laurence’s premise. When it opens, Luca Moretti, mega-millions CEO of Moretti Family Kitchen, and Claire Douglas confront each other, with their lawyers, across a negotiating table, trying to work out how Luca will play a significant role in his daughter’s, Eva’s, life.

All the while thinking studly-lusty thoughts about Claire, Luca proposes a compromise. He, Claire, and little Eva will take a month-long vacation together in Martha’s Vineyard to get to know each other. Luca will prove to Claire that he can be a good, responsible father. They will iron out their legal differences and present a new consensus plan to their lawyers. And so, Claire agrees to spend a month with a strange man and her daughter in a stranger’s home. Ho-kay, thought Miss Bates. But she stuck with The CEO’s Unexpected Child because there was something compelling about Laurence’s crazypants premise. She thought Claire’s slightly awkward, introverted character was sympathetic. And she thought Luca displayed enough nuance in his alpha-ness to make him interesting. A heroine who lost her confidence, who experienced fertility problems and a hero whose confidence was equally felled [spoiler ahead] by testicular cancer, who looks Italian-studly, but feels his manhood is compromised, this might be good stuff. Miss Bates really wanted those great-potential bits in Laurence’s romance to blossom and be something great …

They didn’t, weren’t. Au contraire, The CEO’s Unexpected Child lapsed into the most egregious of romance’s clichés. There are badly-behaving exes: a cheating, but thankfully dead, rat-bastard for Claire and a pregnant ex-girlfriend who tried to pass off her kid as Luca’s when Luca knew, thanks to his illness, he can’t have children. But, folks, talk about cliché-orama (only early hints in the rom when Miss Bates still had high hopes) as Claire and Luca have preternatural connections, not even mystical, soaring angels feels, but actual molecular bonds. Miss Bates calls this “what the body knows when the mind is too dull to”:

Watching Luca on the couch with Eva, she saw nothing but sharp contrast between him and Jeff [Claire’s deceased husband] … it was a difference on the inside at a biological, maybe even cellular, level. She’d spent almost no time with Luca at all, but she reacted to him like no other man before.

It was as if his body knew they had a child together and was ready to start on another one as soon as possible.

Um, Miss Bates has never enjoyed woo-woo connections in rom: souls calling to each other and all that (she didn’t like this even in her beloved Jane Eyre). But she never realized how much she could come to dislike the biological connection between hero and heroine, the call of the cell/sperm.

If the first third of The CEO’s Unexpected Child showed promise, the second third ruined it with the characters’, especially Luka’s, mental gymnastics. While Luca and Claire’s cells yearn for each other, their pesky minds come up with those silly contorted arguments contemporary romance suffers from, all the groundless reasons why they can’t be together. Who can uphold logic and reason when the call of the cell is at work. Yes, dear readers, Luca and Claire do the beast with two backs … and then, cliché-orama takes a front seat with a jumbo portion of popcorn and settles in. [Spoilers ahead.] The love-making is mind-blowing, many things get blown, including an expired condom. Miracles happen. And the man who said this to Claire,

“I was always raised to believe that a woman is meant to be treasured. She is a gift, an angel sent into your life from the heavens. To treat her as anything less is an abomination.”

turns into the biggest a-hole below the 49th parallel. Like really mean, cruel stuff, accusatory nasty is thrown at Claire. All is forgiven, however, (this is, a romance) and Luca, Claire, baby Eva, and their many progeny (Claire and Luca’s fertility problems poof, disappear) live HAPPILY-EVER-AFTER.

Andrea Laurence’s The CEO’s Unexpected Child is published by Harlequin Books. It was released on March 8th and is available at your preferred vendors. Miss Bates received an e-ARC from Harlequin, via Netgalley. 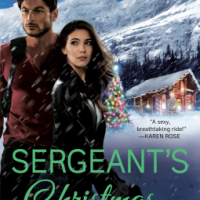 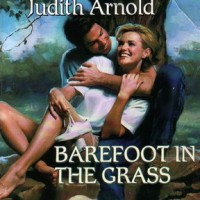 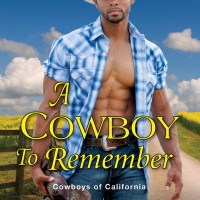 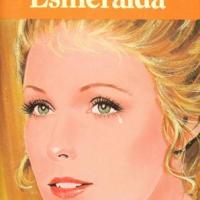