Miss Bates has followed the fortunes of Karen White’s heroine, Melanie Middleton, her on-again, off-again fraught relationship with writer Jack Trenholm, and her ghostly encounters, malevolent and benign, through four books. Though written in first-person narration and with a maddeningly slow-moving romance, MissB enjoyed every one, especially when they culminated in pleasing romantic conclusions. How could she pass up an opportunity to learn of Jack and Mellie’s further adventures? And how not to revisit beautiful Charleston and the vintage homes that feature in each mystery? Be warned, readers, if you haven’t read the first four books, MissB’s review of #5, The Guests On South Battery, contains spoilers. It’s inevitable when each book, while resolving the ghostly mystery at its heart, only moves Mellie and Jack’s relationship one smidgen forward. But there’s epilogue-satisfaction to The Guests On South Battery. When it opens, wife and husband, Mellie and Jack, their ten-month-old twins, JJ and Sarah, and Nola, Jack’s daughter from an earlier marriage, and now Melanie’s step-daughter, are living a good life.

In previous books, Mellie reconciled with her mother and father and yes, there is a good story there. Nevertheless, the past is a difficult country and the present South Battery volume sees Melanie Middleton-Trenholm experience new revelations about her family, even while she navigates her still-young marriage, motherhood, tendency to hide from difficult situations, still-smarting parental abandonment issues, and agonized ghosts inhabiting a house on South Battery that need putting to rest.

When the novel opens, Melanie is returning to her realtor’s practice, Jack is working on a new book, her babies are happy, healthy, and delightfully precocious, and Nola, her teen-age step-daughter, is thriving in school and establishing good friendships. Melanie’s vintage Tradd Street home continues to be a money-pit; because of its endless need for vintage repair, we are reintroduced to her Charleston-archaeology prof best friend, Sophie and Birkenstock-shod baby, Blue Skye. Sophie and her tiny family, with husband Chad, are a wonderful and fun contrast to Melanie, Jack, and brood. Melanie’s psychic mother, Ginette Prioleau, gardener father, James, as well as housekeeper, Mrs. Houlihan, and the adorbs dogs, General Lee, and puppies, Porgy and Bess, make appearances.

Into this serene picture enters one Mary Poppins-nanny, Jayne Smith. Jayne is at the centre of the novel’s mystery. She arrives in Charleston without a past. Jayne was an orphan who spent her childhood and adolescence in foster care. Though a model child, none of her foster families ever adopted her, citing “something off” about events when she was present. She has inherited a Charleston house from Button Pinckney,  Ginette’s recently deceased childhood friend. True to White’s Tradd street mood, the house is beset by a ghost-child, malevolent ghost-woman, mercurial black cat, and a mystery bound up with the beautiful, loving nanny. As Melanie, Jack, Ginette, et. al. delve into the house’s history, the novel’s tension and darkness swell.

One of the reasons Miss Bates returns to White’s series is her ability to draw sympathetic secondary characters and build a world. Though hiding-under-the-covers spooky at times, White’s mysteries always conclude with a resetting of familial, communal, and historical order. Injustices in the form of lingering malevolent or benign presences, spirits, and/or ghosts are reminiscent of Simone St. James and Susanna Kearsley, two of Miss Bates’s favourite writers. Like St. James and Kearsley, White is an atmospheric adept. In a nutshell, the ghosts were really scary and yet their motivations, in the end, were believably all too-fragilely human.

Unlike White’s first four Tradd Street mysteries, South Battery started and ended strong, but had a saggy, draggy middle. Moreover, Melanie’s relentless pursuit of donuts, obsession with her weight, insecurity regarding her husband, and tendency to hide when emotional work needed to be done, inspired Miss Bates’s spinsterish peevishness. Nevertheless, it was salvaged by a crackerjack last quarter. Miss Bates will return to the series, though she resented White’s ghostly-presence sequel-bait with the novel’s HEA-conclusion at the twins’ first birthday party. Not the best of the series, but still satisfying to the reader who’s followed Mel, Jack, and company’s adventures. With Miss Austen, Miss Bates says The Guests On South Battery offers “real comfort,” Emma.

Karen White’s The Guests On South Battery was published by Berkley. It was released on January 3rd, 2017, and may be found at your preferred vendors. Miss Bates received an e-ARC from Berkley, via Netgalley. 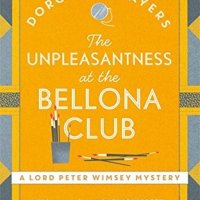 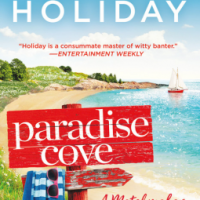 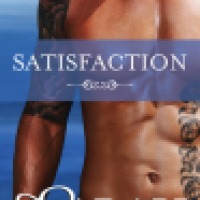 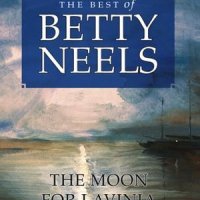 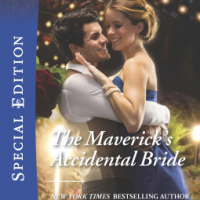