Marguerite Kaye’s The Soldier’s Dark Secret and The Soldier’s Rebel Lover were two of Miss Bates’s favourite 2016 reads. Kaye’s latest historical sheikhs series has been less successful in MissB’s humble opinion, but the Christmas-set novella, “A Governess For Christmas” sees Kaye return to finer form: Regency-set, military hero and heroine of humble means and huge spirit. Set on an English-countryside estate during Christmas season, hero and heroine being the charity-case invites, the Duke and Duchess of Brockmore hold lofty sway over their guests, but throw all the seasonal festivities in grand style. Scottish hero, ex-Major Drummond MacIntosh, at 32, has been dishonourably decommissioned for several years. The reason behind his military ousting, by Wellington no less, is a heart-breaking, visceral tale, of which we learn when he tells ex-governess heroine, Miss Joanna Forsythe. Drummond and Joanna, who shares Drummond’s social disgrace, though not military, in having been dishonourably dismissed by her previous ward’s family, are the Brockmores’ socially-redemptive causes. Joanna’s and Drummond’s presence at the Christmas celebrations is an attempt to redeem their reputations and regain the respect and patronage of their social superiors. As Drummond notes, encompassing the season and what he hopes from it, he has “twelve days to impress his hosts sufficiently to earn their patronage and repair the wound he had inflicted on his reputation.” Little does Drummond know that a beautiful governess will repair a far greater wound, that to his heart.

While Miss Bates is not a romance novella fan, she did welcome Kaye’s return from the desert series. The novella felt a lot more like MissB’s enjoyment of Dark Secret and Rebel Lover, though its initial vignette-structure took some reader-patience. Miss Bates understands that it’s difficult to develop a novella-length narrative, but the short-scene-after-scene, establishing a connection between the leads, was weak. Maybe because romance relies on the physical attraction connection being set, Miss Bates couldn’t see why Drummond and Joanna developped feelings for each other. It was only clutchy kisses. Nevertheless, when Kaye warmed up to scenes where Drummond and Joanna share their deepest secrets about their social shaming, the narrative emerged like a butterfly from its chrysalis.

Kaye is very good at creating sympathetic heroes and heroines. She especially excels at heroes who are gentle, caring, and delightfully sexy sans alpha aggression. Her heroines are also honest about their physical desires and yet retain integrity and innocence. They’re not quite bawdy, but no shrinking violets either.

Kaye creates characters who are moral and this, in particular, is close to Miss Bates’s heart. The reasons behind Drummond’s and Joanna’s social pariah-hoods are results of their personal ethics, ones grounded in integrity. Miss Bates especially loved Joanna’s declaration about why she came to the Brockmore Christmas celebration: ” ‘I didn’t come here in search of patronage, but justice.’ ” Their friendship and emotional connection come about because of the stories they share. Their genuine liking comes from their intelligence, emotional and otherwise, ability to communicate and learn, and honesty about their feelings. When the story opens, Drummond and Joanna want to recover their place in society, their former status with their superiors. When this comes at the cost of their personal integrity and what they feel for each other, in true genre fashion, they opt for the road less travelled.

What didn’t work for Miss Bates? Well, the idea that two people of such integrity who would risk their survival in the forms of their livelihoods would forego love to redeem social reputation. Whenever Drummond, who seems the more concerned of the two, would talk about this, Miss Bates shook her head:

” … we mustn’t jeopardise our opportunity to be rehabilitated into society. At the start that seemed an easy task. We took the opportunity to enjoy each other’s company, nothing more. I confess that I am finding it increasingly difficult to limit it to that, but anything else is impossible.”

Ya think, dunderhead Drummond? Miss Bates tut-tutted at Drummond’s contradictions: the man who would risk livelihood and reputation to protect the vulnerable and innocent wouldn’t do so for a woman as magnificent as Joanna? Here’s how incredible she is when she defends her honour against her spoiled, aristocratic ward’s word: ” ‘Is my reputation less valuable … Is it my lack of pedigree which makes me less worthy of protection, or my lack of status?’ ” Miss Bates loved this scene of class come-uppance. And, to follow, the HEA, which saw Drummond choose love, though it’ll mean remaining, as he says to Joanna, “on the fringes of society”, over position. A wonderful way to end a romance and an equally wonderful way to say “Happy Christmas!” Though it began uncertainly, Kaye’s “A Governess For Christmas” proved itself  to be of “real comfort,” Emma.

Kaye’s and Scott’s Scandal At the Christmas Ball is published by Harlequin Books. It was released on December 1st and may be procured from your preferred vendor. Miss Bates received an e-copy from Ms Kaye.

2 thoughts on “MINI-REVIEW: Marguerite Kaye’s “A Governess For Christmas”” 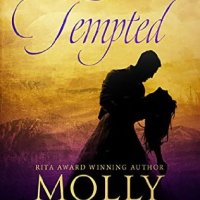 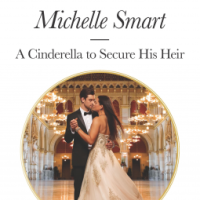