Donna Alward’s The Crown Prince’s Bride seemed a romance palate-cleanser after Willig’s intense English Wife. Certainly that’s what it felt like – initially. But Alward is a writer who transcends what I call the trappings of trite, with emotional wisdom and psychological acumen. While I settled comfortably into a mild romance read – not too much drama, not too intense a plot, decent protagonists – Alward managed to surprise and delight me.

First, the trappings. In the fictional kingdom of Marazur, heroine Stephanie Savalas is the supremely competent right-hand woman of Crown Prince Raoul Navarro, grieving widower, single dad, and his homeland’s hope (now that King Alexander, his father, has handed kingly responsibilities over to him). The novel opens as Stephani plans Raoul’s brother’s wedding to Raoul’s children’s former nanny, all the while juggling the country’s well-being and the big-ole torch she carries for her boss. Raoul is deep in mourning for his beloved wife, Stephani’s cousin Cecilia, who died in a car accident. And yet, dear reader, stirrings! Raoul always cared for Stephani and their platonic relationship is warm, friendly, affectionate, and caring until one night, these vague “stirrings” lead to a passionate kiss.

Raoul is mortified. His love for Ceci and yet-aching grief are stronger than what he feels for Stephani. While Stephani may have loved Raoul for years, nothing improper ever occurred, her feelings a secret in her heart. When Diego and Rose’s wedding rolls around, we are subjected to many characters and moppets from previous books. My reading-head was spinning and after a while, I didn’t bother to keep track. Amidst the celebrations, Raoul and Stephani, in Alward’s signature portrayal of characters who are mature and honest, admit their attraction and liking bear exploration. They explore, spending private time together and making their way, with considered decision-making and passionate desire, to becoming lovers.

Unfortunately, while Alward develops her characters emotional evolution beautifully, not one, but two, incidents of deus ex machina move the novel forward. They’re eye-rollingly obvious, but they don’t deter from what Alward does well, make her hero and heroine emotionally interesting and honest. There may be in-your-face dei ex machina, but at least no BIG MIS show up. Stephani and Raoul are mature and honest. They’re flawed, but sympathetically so. Stephani is so in love with Raoul, she cannot see his fear and hesitation after the loss of the love of his life. (And that’s another wonderful aspect to Alward’s romance: the first wife is not derided for the widower to love again.) Raoul, in his fear and uncertainty, hurts Stephani. She calls him on it and the result is one of best lines I’ve read in romance: “She was right to be angry. And he was ashamed.” (Yup, that right there can fix so many romance conflicts.) Alward continues to surprise when Raoul doesn’t grovel: instead, he respects Stephani. He communicates with her. Stephani, no matter how much she loves Raoul, never turns doormat. She is true to herself, never hesitating to tell Raoul how she feels. Stephani never settles for anything less than what she deserves: Raoul’s whole self, his heart, friendship, companionship, and body.

I wish there had been fewer previous-book characters swirling around. I wish coincidence didn’t play a part in the hero and heroine’s journey. But they don’t really matter in the end because Alward engages with a deep understanding of how falling in love is frightening and exhilarating, tests courage, demands the revelation of our deepest self, and yet gifts with joy. Miss Austen agrees, Alward is always worth reading. In The Crown Prince’s Bride, we find “real comfort,” Emma.

Donna Alward’s The Crown Prince’s Bride is published by Swerve (St. Martin’s Press). It was released on January 9th and is available in e only at your preferred vendor. I received an e-ARC from Swerve (SMP), via Netgalley. 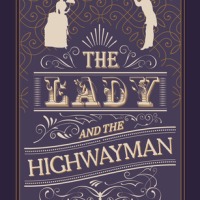