I’d been looking forward to the next Susan Cliff romantic suspense thanks to enjoying her previous one, Navy SEAL Rescue. The locales were fascinating; characters, complex; and the politics, respectful of time and place. I expected and found no less in Witness On the Run. (And who can resist that marvelous cover? Which, BTW, reflects the characters exactly as they should be, a rarity in romance, sadly.) Witness opened with the same acute danger and desperate circumstances as Rescue, with Alaskan cold and ice in place of Afghani heat and dust; a grief-stricken widower and First Nations spousal abuse survivor heroine in place of a disillusioned SEAL and determined Assyrian-Christian heroine. In both cases, the heroines have reasons to run and the heroes are entangled in their brave flights from danger and evil. Cliff renders the settings with sensitivity to their politics and captures the climate and conditions with realistic, compelling detail.

When Witness opens, heroine Tala Walker is waitressing in Willow, Alaska, and keeping a low profile, having escaped her abusive husband, Duane. Her diner-owner boss is snoring away when Tala is witness to a murder, in which a cop is implicated! Given her past and the prejudice First Nations people face with police forces, Tala hides away in a nearby rig rather than contacting police. That’s where ice-road trucker Cameron “Cam” Hughes finds her. This is the start of their running-from-bad-guys, knuckle-biting trip across Alaskan ice roads. Along the way, while confronting danger from elements and men, Tala and Cam, at best wary of love thanks to their pasts, learn from and about each other, sharing the grief, loss, and disillusionment of their past relationships and estrangements from their families and slowly learning to trust and love again.

I was disappointed I didn’t enjoy Witness On the Run as much as I did Navy SEAL Rescue. I kept reading, hoping it would get better and because I appreciated Cliff’s ideas so much more than I did her writing. That was my main problem with and why I tolerated rather than relishing it. Cliff tends to write in clipped, staccato, declarative sentences, even while she tells a compelling story and draws unusual characters. I loved that the characters were working class; their ambitions, modest; that they loved the land and saw its beauty, that they needed to overcome difficult, ordinary pasts. I loved that their romance was slow burn and that they got to know each other in a two-steps-forward-one-step-back trust-mistrust rhythm.

What I didn’t love was the telling of it and it ruined my enjoyment. I read Witness On the Run with a divided mind: on the one hand, nodding at Cliff’s ideas and appreciating her creation of politically interesting and unusual characters; on the other hand, growing impatient and then frowiningly critical of her rendition, nothing ever coming alive thanks to that tell-not-show prose, though I think that too simplistic terminology. Cliff is not a middle school student writing a bad short story, but my expectations and anticipation after Navy SEAL Rescue augmented my not-enjoyment. In the end, Miss Austen and I would say that Witness On the Run offered “tolerable comfort,” Mansfield Park.

Susan Cliff’s Witness On the Run is published by Harlequin Books. It was released on December 4th and may be found at your preferred vendor. I received an e-galley from Harlequin, via Netgalley. 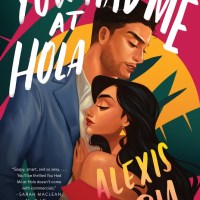