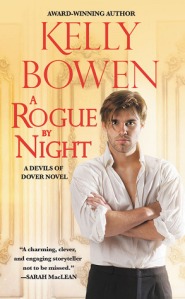 I have come ’round to being a Kelly Bowen fan-girl. I think her romances are among the best in the historical subgenre. They are elegantly executed; the characters are sympathetically idealized without being insipid. Her plots clip along at an excellent pace and, thematically, she is the nonpareil, with a feminist twist to her heroines, taking nothing away from the rich historical context. I’ve enjoyed two Bowen romances to date, with reservations, but I think this third in her Devils of Dover series is her best. I had been intrigued by glimpses of the hero in previous books: the mysterious Dr. Harland Hayward, Baron Strathmore, healer and comforter, ever on some mysterious, not-quite-legal coastal “operation.” (Sadly, the strangely somnambulistic figure on the cover doesn’t do him justice.) Everything comes home to roost for him in A Rogue By Night, when he finally meets his doctoring and smuggling match, “Dr” Katherine Wright, beauty, healer, veteran, and daughter and sister to two of Dover’s greatest smugglers, Paul and Matthew Wright. Though Katherine is of humble beginnings and Harland a noble, they have more in common than their social status suggests.

They have healed soldiers on the battlefield, are loyal to their families to the point of self-sacrifice. They are kind, humble, compassionate, intelligent, with a good dose of humour, and devoted to helping the vulnerable. They have been hurt and betrayed by former lovers. In truth, Harland and Katherine have true and wonderful compatibility and, from first sight, are attracted to each other. Bowen doesn’t do insta-lust: their medical skills and care for their patients are as much a part of their attraction as their physical appearance.

Bowen’s novel has many strengths. Though romance narratives often struggle to sustain a compelling plot, or veer to the derivative and repetitive, Bowen kept me on the edge of my seat – and not in a let’s-have-sex-while-the-baddies-chase-us romantic suspense eye-rolling plot device. The villain is villainous because he’s cruel and the stakes for Katherine and Harland are believable, dangerous, and HIGH. Though they “work” on the wrong side of the law (à la Poldark), their reasons are justified. What makes the novel such an enjoyable read, however, is how well-suited Katherine and Harland are. Yet, the things that keep them apart make sense: Harland caught in this smuggling cycle and Katherine desperate to escape it. They are at cross-purposes and cross-class constraints make their being together even more difficult.

What I enjoyed the most and why I would recommend A Rogue By Night is the marvelous scene-setting: Harland plucking Katherine out of a dangerous swim, the super-hot, tender onboard-ship love scenes, the appearances of Harland’s eccentric family, especially spinster aunts, Tabitha and Theodosia, the hero of Last Night With the Earl, Eli Dawes, making an appearance, scars and all, peeling an apple. The final confrontation with the villain: surreal, scary, and marvelously executed. More than anything, I loved how the HEA was in the heroine’s hands. I don’t want to spoil, but suffice to say that Katherine has to win Harland, making use of her skills as smuggler and doctor, her smarts, her heart, and her triumph over a mysterious, dangerous true-love-foiler (who is intriguing and would make for an interesting romance hero, just sayin’). Lastly, Bowen connects her hero and heroine with wonderfully written conversation, banterish, but never to the detriment of intimacy:

Banter sampling: Katherine and Harland, in pursuit of a baddie and in rescue of a goodie, have to stay at an inn as they make their way to the confrontation with the villain:

“The innkeeper caught me looking at the ledger. So I told her I was your wife,” she said casually. “She seemed disappointed.”

“My wife.” His mind, just starting to work once again, slid back into a puddle of libidinous thoughts.

And a tender snippet that opens the HEA (not spoilerish):

“I’m supposed to do this on one knee at your feet,” Harland protested.

“I much prefer that we are equal.”

If I have a criticism, it’s a blip in Harland’s characterization. I loved that for Harland, seeing Katherine (who holds a gun to him in the meet-cute) was love at first sight. (Katherine is the resister throughout, for solid reasons.) Though Harland respects Katherine, recognizes her worth as a doctor, and always treats her as an equal, he also wants to protect her, not in a domineering way, but out of genuine care and love. Yet, he makes strangely illogical choices, putting her in peril. It didn’t always make sense to me, but the novel is worth reading despite my minor criticism. Maybe this won’t be an issue for other readers, but it did dampen the enjoyment once in a while. Not enough to prevent me and Miss Austen, however, from agreeing that Kelly Bowen’s A Rogue By Night is evidence of “a mind lively and at ease,” Emma.

Kelly Bowen’s A Rogue By Night is published by Forever and releases today, May 28th; it may be found at your preferred vendor. I received an ARC from Forever, via Netgalley.

16 thoughts on “MINI-REVIEW: Kelly Bowen’s A ROGUE BY NIGHT” 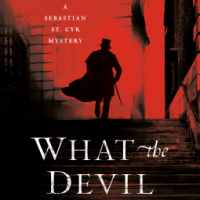 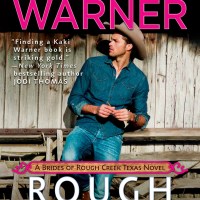