When you review the 15th installment of a beloved historical murder mystery series, your review is inevitably about where the volume fits in the series’s scale of goodness to weakness. Because I have no perspective when it comes to Harris’s Regency-England-set Sebastian St. Cyr mysteries, read no further if you haven’t read the series, just start reading it – from the beginning to the present volume.

In this 15th installment, Harris sees her nobleman-hero, Viscount Devlin, affectionately known as Seb for us in the series’s thrall, seek the murderers of a disgraced nobleman, Nicholas Hayes, youngest son of the deceased Earl of Seaforth. Years ago, Hayes was convicted of the murder of an exiled French aristocrat’s wife and, having stayed the noose, was sent to Botany Bay, an equally devastating, but protracted death sentence. Hayes’s return to London, with an Asian child, purported to be his son, shakes many privileged lives, not least of which is the present Earl, a distant cousin. But no sooner does the ton whisper speculation about Hayes’s return than he is found dead in Pennington’s Teas Gardens, with a sickle in his back. What brought Hayes back, though he would be captured and executed if caught by Bow Street? Was it revenge? Vindication?

If in Harris’s previous series volume, Who Slays the Wicked, Sebastian’s search for a killer reveals the sordid evil at the heart of the victim’s demise, in Who Speaks for the Damned, it cracks open a heart-breaking tragedy of betrayal, lost love, and injustice. What remains consistent from one volume to the next is the figures of Sebastian, wife Hero, baby Simon, friends and co-workers for justice Jules Calhoon, Paul Gibson, Henry Lovejoy, the irrepressible “tiger,” Tom, and Seb’s Aunt Henrietta. What grows over the series’s course is Seb and Hero’s ever-more-prominent moral core, search for justice for the oppressed, and awareness of Regency England’s impoverished people.

Seb and Hero, with Baby Simon cameos for comic relief, are happier and more secure with every volume, in their marriage, themselves, and the moral universe they’ve created in their household. At the same time, the injustice and inequality that surround them bubble to the surface with the frequency of the ever-present kettle from which Hero sips her tea. Seb and Hero, together, and within their own interest spheres (police work for Seb and journalism for Hero) stand as moral exemplars in an early 19th century English society only creeping towards a shift to social consciousness. (Sometimes, in moments of inattentive reading, Seb and Hero’s ethos is more Victorian than Regency, I think.)

I was fascinated by Seb’s moral consciousness in this particular volume. It begins with an identification with the victim: “Sebastian felt the tragedy of the man’s wasted life and senseless death press down on him like a heavy weight of sadness mingled, he knew, with an unsettling realization of just how easily this man’s miserable life could have been his” (Loc 254-55). I won’t spoil previous volumes, but Seb too had been unjustly accused of murder and he could, like Hayes, seen his fate, instead of deep love for wife and son, been in the hell of Botany Bay. But Seb’s ordeal was now a long time ago and in his present contentment and security, he moves from identification to a declaration when someone asks why he’s interested in uncovering the murderer of a convicted, doomed murderer: ” ‘Why do you care who killed him?’ ‘I care,’ said Sebastian” (Loc 760-61). Sebastian’s “care” is yet inarticulate, he just does. Care. Because.

Sebastian articulates why he “cares” when he is confronted by his father’s, the Earl of Hendon’s, querulous query:

Hendon’s lips flattened into a thin line. “I’d hoped when you married and became a father you’d give up this nonsense. It’s not at all a proper thing for you to be doing, chasing after murderers. Especially when the victim is a man of such despicable character. It’s … unseemly.” Sebastian gave a faint shake of his head. “Murder is unseemly. Making certain a killer doesn’t get away with what he has done is an obligation we the living owe to the dead — no matter how unsavory we consider them to be.” “I suppose so — but that’s why we have magistrates and constables.” “Am I not my brother’s keeper?” said Sebastian softly. Hendon pointed a shaky finger at him. “Don’t you start flinging Biblical verses at me.” (Loc 875-82)

Though Sebastian speaks ironically in twisting Cain’s response to God’s query, nevertheless, he articulates an obligation to the dead, no matter the quality of their life, because they cannot seek their own justice. And, lastly, though ruefully poking at his father (where, in the past, this would be a full-blown row), the Biblical reference is not without basis in Sebastian’s Christian ethos. He may not speak as a believer in this case, but surely as an adherent to an ethos beyond what he witnesses in the world he inhabits. (As a side note, I love that Seb and Hero do not participate in the ton’s endless entertainments unless in the service of a case they’re solving.)

In Hero, Harris has created a perfect companion-wife-partner for Sebastian. They share values, intelligence, social consciousness, and kindness. They care. We see this as we follow Hero in her latest journalistic endeavour (carried over several series volumes), to interview and tell the stories of people who make a living on London’s streets. Hero’s studies/articles aren’t sociological in nature, they tell the stories of real people, with their hopes and loves entwined into their difficult lives. In one scene, she interviews a woman who makes her living creating cut silhouettes for passersby:

The woman was so determinedly strong and independent, thought Hero, so formidably controlled. She’d survived so much, her life constantly torn apart by wars begun by kings and princes and a certain upstart Corsican to whom women like Anja meant nothing. Nothing at all. Hero found herself aching for her and all the countless others like her, and had to clear her throat before she could say … (Loc 1326-29)

I love that Harris doesn’t hesitate to give the somewhat emotionally reticent hero and heroine the ability to feel so deeply and sympathetically. Like her husband, Hero is motivated by care and justice. This is not an inspirational novel by any stretch, but Harris has centred her hero and heroine in an ethos of care, justice, and the ability to extend their own lives into a responsibility to care for all vulnerable human life. (Plus one spoiled cat named Mr. Darcy!)

Lest you judge, from my review, that every volume is as lugubrious and serious as this one, you have to realize that Harris has built happiness, contentment, and security in Seb and Hero’s marriage. You don’t need many scenes of their halcyon communal life, but one or two remind the reader how lovely these two are together. My favourite in Who Speaks For the Damned is: “Sebastian said, ‘I could try talking to Lady Forbes about Nicholas Hayes, but it would be rather indelicate’ ‘Huh. If Aunt Henrietta is right, it’s going to be indelicate no matter who does it.’ When he remained silent, she said, ‘Let me guess: You want me to approach her?’ His eyes crinkled in a smile, and she cuffed him playfully on the chin. ‘Coward’ ” (Loc 1360-64). Seb and Hero’s playfulness, charm, and affection shine through and bring them closer to the reader as much as their passion and love for each other does in other scenes.

Finally, in the novel’s latter half, Sebastian articulates his search for Hayes’s murderers as a witnessing:

“I need you to help me understand him.” “Why?” “Because … ” What could he say? Because bringing this man’s murderer to justice was more important to Sebastian than he could begin to explain, even to himself? Because he felt driven to prove that Nicholas Hayes had been wrongly convicted so long ago? Because while nothing could be done at this point to alleviate the tragedy of the dead man’s life, it was somehow vitally important that the tragedy be both recognized and remembered by someone? (Loc 3151-55)

If we think about it, Sebastian’s motivation began when he identified with Hayes and now, it has become a matter of revealing a truth and witnessing to a man’s life. What is important is not the discovery of the murderers per se, but the revelation of a life’s worth, a story retold and redeemed, and over the years, remembered. After the murder is resolved, Sebastian can fully articulate this growing ethos in his characterization by connecting one man’s life and death to a universal sense of the value of life and justice:

“Why do you do it anyway? Devote yourself with such indefatigable passion to this quest to catch the killer of someone you never even met.” He glanced over at Sebastian. “That’s an honest question, by the way. I genuinely would like to know.” “For the same reason I would step in to stop a man from whipping a tired horse, or a cruel child tormenting a stray dog. Because it’s the right thing to do.” And because I believe we are all connected, every living thing one to the other, so that I owe to each what I would owe to myself. But he didn’t say that. (Loc 3864-69)

Why doesn’t he? Because a moral imperative is still one the Regency world may understand, though Sebastian’s interesting choice of animal examples is not one that would find much sympathy. The notion that “no man is island” … well, who has learned that Donne-ian lesson, in the Regency, or elsewhere?

Loved Who Speaks For the Damned as much as any other St. Cyr mystery. With Miss Austen, a moral imperative kind of writer herself, we’d say this present Harris volume speaks of “no charm equal to tenderness of heart,” Emma.

C. S. Harris’s Who Speaks For the Damned is published by Berkley. It was released in early April and you should read it. If you haven’t read the series, do so. I can promise endless hours of reading satisfaction. BTW, I received an e-galley, from Berkley, of the present volume, via Netgalley.

9 thoughts on “Review of C. S. Harris’s WHO SPEAKS FOR THE DAMNED” 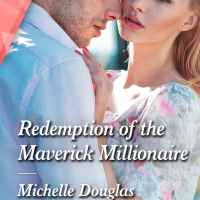