In “Little Gidding,” T. S. Eliot wrote: “We shall not cease from exploration/And the end of all our exploring/Will be to arrive where we started/And know the place for the first time.” In Daniel Mendelsohn’s Three Rings, based on lectures he gave at the University of Virginia in 2019, the eponymous “rings” refer to the narrative construction of Homer’s Odyssey, as Mendelsohn defines and understands it, and to both the construction of his narrative and the pattern that helped him escape from a stasis in his life’s journey.

When the narrative opens, Mendelsohn tells us he was in a state of what the Greeks called “aporia,” (a kind of, from my weak demotic Greek, “unknowingness”), “a helpless, immobilized confusion, a lack of resources to find one’s way out of a problem … I was, in the Greek way of thinking, pathless — the adjective, as it happens, that, in the Odyssey, is used to describe the sea, the terrifying blank nothingness from which Odysseus must extricate himself, literally and figuratively, in order to claim his identity and find his way home”.

After writing two “big” books (one a years-long attempt to uncover how six family members were lost in the Holocaust; the other recounting his teaching of Homer’s Odyssey and relationship with his father, a text and story inundated with fathers, sons, and occurrences of separation and connection) and enduring his father’s loss, being emotional journeys as much as intellectual ones, Mendelsohn found himself, like Dante at the opening of “Inferno”: “Midway upon the journey of our life/I found myself within a forest dark,/For the straightforward pathway had been lost.” Mendelsohn then tells the story of three men, emblematic of the central figure of our time and place, the wanderer, the exile, the DP, Berger’s “seventh man,”: first, Erich Auerbach, author of Mimesis: The Representation of Reality in Western Literature; then, an eighteenth-century French archbishop, François Fénelon, author of The Adventures of Telemachus (a telling that centres the Homeric narrative on fils over père); and, lastly, W. G. Sebald, the German writer who lived in East Anglia, and wrote strange hybrid tales of memory, history, haunting photography, and journey-logues.

Mendelsohn’s preoccupation is with narrative digression, seemingly unconnected to cohesive meaning, becoming, if we follow its meander, the key to understanding. For example, he describes his search for his lost relatives, recounted in The Lost: A Search for Six of Six Million, “by means of elaborate detours to distant peripheries” and the toll this took on him emotionally; his “aporia”: he felt “emptied, emotionally and creatively … a vacant wanderer arrived at last at a blank new place, unable to go on,” like the vast, churning emptiness of Odysseus’s ocean, Mendelsohn would say, as he sits weeping on Calypso’s shore.

Mendelsohn takes his signal from “ring composition” to emerge from “aporia,” to organise his work, and use as a structural foundation to tell the story of the three other men who found themselves literally and spiritually in a state of displacement: “the technique is known as ring composition … the narrative appears to meander away into a digression (the point of departure from the main narrative being marked by a formulaic line or stock scene), although the digression, the ostensible straying, turns out in the end to be a circle, since the narration will return to the precise point in the action from which it had strayed, that return marked by the repetition of the very formulaic line or scene that indicated the point of departure”. Eliot, again.

Using his spiritual exile from purpose as a starting point, Mendelsohn allows his imagination to lead as he envisions Auerbach’s arrival in Istanbul, having escaped the Nazis’ destruction of European Jews, in which Mendelsohn’s family members perished. Stateless, disoriented, and “bookless,” (Istanbul is without the academic resources Auerbach would have had in Europe), from memory, Auerbach writes one of the great works of literary criticism, as Dante did his Divine Comedy, exiled from Florence. In Auerbach, Mendelsohn finds a reference to two forms of narrative, the “ring composition” which “implies everything can be known, explained, accounted for” and the Hebrew “way” as found in the the Hebrew Bible, where the narrative is of things “never knowable, … only … subject to interpretation”. Of the two, and given his academic interests and sensibility, Mendelsohn stands with “the Greek way — in the perhaps superstitious belief that behind the apparent fragmentation and chaos of the world … it is possible to perceive a shape; perhaps even a plan.” Like Eliot’s fisherman, Mendelsohn chooses to “shore” “fragments… against … [his] ruins”. I would agree with him: I’d rather know something than nothing, rather see people as primary meaning-makers (and remember Mendelsohn and Auerbach are considering the Hebrew Bible as a literary construct, not articles of faith). My doubting counterargument: I found this fragment among my notes: “Is it the Greek way? Or merely the Homeric? What about the tragedies? Still, we can’t avoid fate; it is revealed in time. Oedipus!” I particularly like my exclamatory enthusiasm for one of Western literature’s most horrific, haunting, powerful stories. That is what Mendelsohn’s narrative faith doesn’t take into account: whether ring or linear or oblique the composition, time reveals all.

Mendelsohn’s narrative zeroes in and then leaves behind and then returns to Auerbach; leaves Auerbach and zooms onto another exile, Fénelon (with a long digression on Proust) and then returns to Auerbach and then to Fénelon only to arrive at Sebald and his relentless impenetrable perspective. But Mendelsohn’s spirit is more generous and he connects (rather than digresses to prove there no connection), bringing the wandering scholar and poet together in sensitive passages such as: “Who is he? He is the Greek scholar fleeing Istanbul for Italy in 1453, the Muslim fled from Spain to Istanbul in 1492, the Huguenot running from France to Germany in 1685, the Jew fleeing Germany early in the last century, as so many did, as Erich Auerbach did, for instance, in 1936, when he ran from Marburg to, of all places, Istanbul, … Or he is a writer seventy years later who for a while was plunged into helpless despair, aporia … ” Over and over again, Mendelsohn brings us back and springs us forward, tossed on his narrative’s seas, like Odysseus as Poseidon plays jacks with his raft, with his life. Mendelsohn is not capricious like the Greek gods. His is a sure and generous hand, revealing the wonders of literary construction and the myriad ways it offers “narrative satisfaction”. Definitely, this may be my book of the year.

4 thoughts on “Somewhat of a Review: Daniel Mendelsohn’s THREE RINGS: A Tale of Exile, Narrative, and Fate” 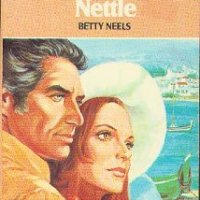