Miss Bates is a fan of Gifford’s medieval-set romances. Rumors is set among the machinations and intrigue of Edward III’s court. One of Gifford’s many appeals is her hero’s and heroine’s place among royalty and aristocracy. Though not of peasant descent, they are always subject to the whims of the royals they serve. Decisions are made for them, even by benign lords and masters such as the ones featured in Rumors.

The romance opens as John of Gaunt, Edward III’s third son, marries Constance of Castile and becomes, in potentia, King of Castile (once he wins it back from the present king). Gifford’s hero, Sir Gilbert Wolford is a man of war who yearns to return to Castile, retake the kingdom, and make his life there. Gifford’s heroine is the widowed Lady Valerie Scargill. John decides one of his greatest warriors, Gilbert, should marry, and who better than the genteel Lady Valerie. Valerie and Gilbert both have reasons for being averse to this marriage, but the royal’s word is law and their lives not their own. They agree to marry, despite the emotional impediments to their marriage becoming a love-match.
END_OF_DOCUMENT_TOKEN_TO_BE_REPLACED 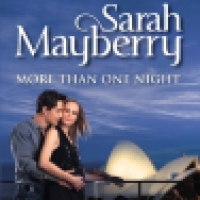