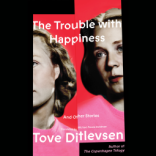 From listening to Tove Ditlevsen’s short story collection, translated by Michael Favala Goldman and narrated by Stine Wintlev, I can safely conclude the trouble with happiness is it’s elusive and unlikely. Certainly, the characters in these stories make conventional choices about achieving happiness, marriage, children, a modest income, simple, easy, no? No, says Ditlevsen, and she’s right, these choices aren’t simple, aren’t likely to offer bliss and satisfaction; except Ditlevsen, it’s not “unlikely” she’d attach to the likelihood, it’s that they lead to disappointment, a sense of uneasy drift through life, a constant feeling of listless depression, which permeates her world and the people in it. END_OF_DOCUMENT_TOKEN_TO_BE_REPLACED