Dear readers and friends, it’s been ages. What can I say? Work, obligation, and plain old fatigue. I’ve read a lot, but haven’t felt inspired to write about any of it. I haven’t read much romance, though a recent read, Mimi Matthews’s “A Holiday By Gaslight,” by no means stellar, but comforting in that finely-written-lovely-protags-way Matthews has, will see me mix romance into the reading pool again. I’m glad: I’ve missed its hope in life and love.

I read mediocre books, great books, and forgettable books: it’s been a good reading year, not a terribly good blogging one. I’ve read fiction and non-fiction, in English and French, novels, histories, and memoirs. You won’t see a best rom of the year because I needed a break from the genre, but hope to offer some romance reviews in 2023. Here are some of the books you might want, with holiday reading time hopefully at a maximum, to try. If you follow me on Goodreads (my sole SM indulgence these days, with the rom-fun Twitter days ne’er to return) some might sound familiar. END_OF_DOCUMENT_TOKEN_TO_BE_REPLACED 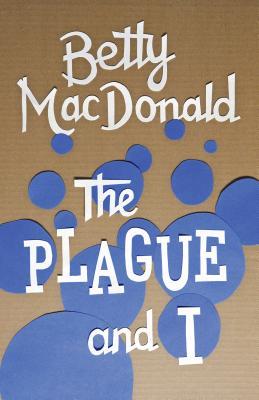 I would’ve been intrigued by Betty MacDonald’s The Plague and I on the basis of its title alone (thanks to our ongoing “plague”), but what convinced me to read it is a Backlisted episode. I love the way Mitchinson and Miller talk about books and I love their guests and I tend to run out and get whatever they’re reading, or read, with the exception of their latest episode; no matter how much I love Sarah Churchwell, I cannot read Thomas Pynchon ever again #traumatizedbyGravity’sRainbow.

I enjoyed MacDonald’s The Plague and I; it gave me many chuckles, but I wish it could have been revelatory, more than what it was, more given the promise of its magnificent writing. The fun of The Plague and I was in MacDonald’s voice: her satiric observations of human personalities and self-deprecating persona. There’s not much to “what happened?” in The Plague and I: MacDonald received a tuberculosis diagnosis and subsequently spent nine months in a sanatorium, the arena wherein she exercised her inimitable humour.
END_OF_DOCUMENT_TOKEN_TO_BE_REPLACED

Kluger’s Still Alive is a remarkable book and I thank Dorian of the Eiger Monch Jungfrau blog for bringing it to my attention.

Like most girls of my generation, I read and reread Anne Frank’s Diary (the expurgated version, sadly) in grade six. It led, for years, to more reading about the Holocaust. Until now, however, I’d never come across Kluger’s memoir. It is superb, harsh, and unforgettable. Like Anne, Kluger speaks of a difficult relationship with her mother; unlike Anne, Kluger’s memoir recounts her life at Theresiensenstadt, Auschwitz-Birkenau, and Christianstadt. We don’t know what Anne thought and felt when she was betrayed and brought to Auschwitz: there are accounts, I don’t remember where I read them, that Anne despaired, lost hope (how could one not?), but we are not privy. Her diary remains, as my students would say about any book they enjoy, “relatable”: I’m not damning with faint praise, simply acknowledging the universality of the adolescent experience she recounts, despite her unusual circumstances. Anne is not alien to us, attested by my still calling her by her first name. Kluger’s, on the other hand, is an alien experience, but it is her voice that washes over us and takes over, a dominant, indomitable voice. It is, as Kluger insisted about every Holocaust survivor, unique to her, to her individuality, a singular experience: this was a thread I noticed, an insistence on rejecting any uniformity in writing the Holocaust. She is writing, she would insist, not as a historian, but as an expression of herself. I understand her insistence on not “romanticizing” the Holocaust, not museum-fying it, placing it in “amber,” her way to assert the self. And yet, there are moments where she is weighed down by the history she carries, by her struggle never to be defined and yet, acknowledging she is defined, not so much by a monolithic history, but by time, place, and a monumental absence, of those who did not survive.
END_OF_DOCUMENT_TOKEN_TO_BE_REPLACED

This month’s winter of discontent came with a vengeance: appallingly bad weather, which, in Montreal, consists of cycles of freezing and thawing that leave us with ice-ponds to navigate and barricades of snow to o’er-leap; a non-stop work month from hell for me (I am, blissfully, on a two-week March break as of Friday, though my tax-time piles and dust-bunnies are balefully eying me); a world imploding in war; and reading conducted in the early morning hours when anxiety saw me sullenly awake before dawn. But I did read some books, none of which made anything better, but which I loved, enjoyed, and respected, respectively: Tana French’s The Likeness, Katherine May’s The Electricity of Every Living Thing, and Olga Tokarczuk’s Drive Your Plow Over the Bones of the Dead.

END_OF_DOCUMENT_TOKEN_TO_BE_REPLACED

In “Little Gidding,” T. S. Eliot wrote: “We shall not cease from exploration/And the end of all our exploring/Will be to arrive where we started/And know the place for the first time.” In Daniel Mendelsohn’s Three Rings, based on lectures he gave at the University of Virginia in 2019, the eponymous “rings” refer to the narrative construction of Homer’s Odyssey, as Mendelsohn defines and understands it, and to both the construction of his narrative and the pattern that helped him escape from a stasis in his life’s journey.

When the narrative opens, Mendelsohn tells us he was in a state of what the Greeks called “aporia,” (a kind of, from my weak demotic Greek, “unknowingness”), “a helpless, immobilized confusion, a lack of resources to find one’s way out of a problem … I was, in the Greek way of thinking, pathless — the adjective, as it happens, that, in the Odyssey, is used to describe the sea, the terrifying blank nothingness from which Odysseus must extricate himself, literally and figuratively, in order to claim his identity and find his way home”.

After writing two “big” books (one a years-long attempt to uncover how six family members were lost in the Holocaust; the other recounting his teaching of Homer’s Odyssey and relationship with his father, a text and story inundated with fathers, sons, and occurrences of separation and connection) and enduring his father’s loss, being emotional journeys as much as intellectual ones, Mendelsohn found himself, like Dante at the opening of “Inferno”: “Midway upon the journey of our life/I found myself within a forest dark,/For the straightforward pathway had been lost.” Mendelsohn then tells the story of three men, emblematic of the central figure of our time and place, the wanderer, the exile, the DP, Berger’s “seventh man,”: first, Erich Auerbach, author of Mimesis: The Representation of Reality in Western Literature; then, an eighteenth-century French archbishop, François Fénelon, author of The Adventures of Telemachus (a telling that centres the Homeric narrative on fils over père); and, lastly, W. G. Sebald, the German writer who lived in East Anglia, and wrote strange hybrid tales of memory, history, haunting photography, and journey-logues. END_OF_DOCUMENT_TOKEN_TO_BE_REPLACED

My sole response to reaching the end of Samantha Harvey’s The Shapeless Unease was gratitude, not to Harvey, but to reaching the end and not giving up. It was a long, difficult slog, but I made it, sheer stubbornness propelling me forward to its vague conclusion. It’s not a terrible book, not by litfic, and not memfic, standards: it has the requisite lyrical prose, occasional, brilliant insight, only to lapse into lyrical existential-babble that hopes to dissolve the self, or digressive, tangential passages, never coming together with what came before, or what comes after.

Initially, I was drawn to the topic, but driven away by the style. As someone who has experienced bouts of insomnia, one in particular, I’d say, debilitating, and is an obsessive lover of Shakespeare’s Macbeth, the greatest account of insomnias ever written, I wanted to read Harvey’s memoir. It started out great: Harvey, a regular sleeper pre-year-of-not-sleeping, recounts the incident at the heart of her not-sleeping: her cousin’s death. My understanding, and who knows, given the impenetrable style, I may be wrong, is that Harvey’s insomnia is linked to an existential dread of death, triggered by her cousin’s loss: “my cousin’s death has invited all deaths”. END_OF_DOCUMENT_TOKEN_TO_BE_REPLACED

Vivian Gornick’s Fierce Attachments, I hoped, when I picked it up, would be a “fierce” rallying cry for the feral spinster. But Gornick disappointed me: there she is, growing up in a Jewish-American working-class Bronx, one generation ahead of me, writing about the “making of” a feral spinster and certainly no celebration of it. Primarily, Gornick’s memoir recounts the antagonistically loving relationship she had with her mother and another woman in their shared building, Nettie, who served as her mother’s alternative “voice”, to Gornick reaching her true calling, the life of the solitary. It is neither celebration, nor fulfillment, nor acceptance, but there are glimmers of what will come to mean most to her. I read Fierce Attachments‘s first two-thirds desultorily, wanting so much to like, but hating every moment of it. At a mere 200 or so pages, I persisted and ended up, in the final third, devouring it in one sitting and loving every page. My notes and mark-ups and solitary-reading-couch chuckles resonated through my solitary apartment.
END_OF_DOCUMENT_TOKEN_TO_BE_REPLACED

Another year of reading and reviewing for Miss Bates, a strange, difficult one, the reading sparse and hesitant at times. Personal and world affairs often took precedence over quiet evenings of reading and certainly less blog writing, reading, and commenting. Those books that took Miss Bates out of the daily eddies were all the more precious. She reminds herself and readers that the act of reading books that posit human love and justice are bright lights in times of darkness. As MBRR enters its fifth year, Miss Bates thanks her readers for visiting Miss Bates Reads Romance so faithfully. She also thanks the writers who pen their books and offer us respite, pleasure, and food for thought. She wishes fellow readers and writers a new year filled with possibility, inspiration, peace, hope, and love. END_OF_DOCUMENT_TOKEN_TO_BE_REPLACED