Whenever it’s hard to get “into” a book, given a difficult work week, Miss Bates turns to a category, romance especially an HP, and Jennifer Hayward always delivers. In this case, a Christmas rom in Christmas At the Tycoon’s Command, first in Hayward’s Powerful Di Fiore Tycoons series. The series centres on three bachelor brothers who receive their matrimonial comeuppance in the form of formidable heroines. This Di Fiore is CEO of Evolution, the heroine’s, Chloe Russo’s, legacy. Chloe’s parents, dead in a car crash six months ago, left the running of their perfume and personal care company in Nico Di Fiore’s hands. Nico sees his mission as placeholder to ensure that Chloe takes her rightful place in her family’s company. It’s the least he can do for her father, Martino, who acted as his mentor and ensured his family’s future, after Nico’s father collapsed the family fortune and mother abandoned the three boys. As the eldest, Nico’s shoulders bore the family responsibility and now, true to form, he bears Evolution’s responsibility and Chloe’s success. Chloe, on the other hand, has been hiding in the company’s Parisian lab, developing new perfumes, hiding and definitely avoiding the lethally handsome Nico.
END_OF_DOCUMENT_TOKEN_TO_BE_REPLACED

Miss Bates’ first great rom-love was the historical. Given the recent contemporary romance glut, she’s grateful for any historical romance writers she discovers. Alissa Johnson is not new to the genre (début publication dates 2008), but certainly new to Miss Bates. A Talent For Trickery is first in the Victorian-Age-set Thief-Takers series. Johnson’s characterization, plot, and theme reminded Miss Bates of Lisa Kleypas’s Hathaways (if you liked the Hathaways, you’re going to like this). Viscount Owen Renderwell arrives at Willowbend House, Norfolk, with his detecting partners, Sirs Samuel Brass and Gabriel Arkwright. He is reluctantly welcomed by his former-thief-turned-agent-for-the-crown partner, Miss Charlotte “Lottie” Bales, formerly Walker, daughter of Will Walker, notorious criminal. In eight years, Charlotte built a new life and persona for herself and her family. Owen reminds her of days of yore when she helped her father swindle London society. She shares a home with Esther, her sister, and Peter, their younger brother, for whom Charlotte would make any sacrifice to keep him from discovering the truth of their father’s life. Abandoned by their mother, father perishing while aiding Owen recover a kidnapped duchess and her jewels, Charlotte’s memories of working alongside and yearning for Owen return in full emotional force. Owen is equally affected, but his mission carries more weight than his physical desires and emotional yearnings. Mrs. Maggie Popple was murdered and Charlotte’s father’s letters and journals may hold the key to solving the crime. Lottie has the talent and know-how to decipher Will Walker’s encryption.
END_OF_DOCUMENT_TOKEN_TO_BE_REPLACED 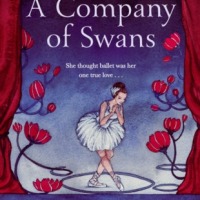