Miss Bates has enjoyed many a Shalvis romance. In particular, she liked the Animal Magnetism and Lucky Harbor series, but there was something about them that made her abandon them. Miss Bates would say this is because Shalvis tends to start strong and end weak and can’t let a series go after the first successful volumes. Nevertheless, Shalvis’s talent for quick, funny dialogue and smooth prose convinced MissB. to delve into the San Francisco-set Heartbreaker Bay series, of which Accidentally On Purpose is third.

Shalvis’s romances are signature: strong, mouthy heroine meets strong, silent, dominating, domineering alpha hero. Accidentally On Purpose is true to type. Elle Wheaton is independent, successful, and determined to become more so. She is the Pacific Pier Building’s general manager and working toward an accounting degree. She’s blonde, curvy, beautiful and fills out a wrap-around dress and stilettos to make men sigh. Only one man is impervious to her charms: the building security firm head, Archer Hunt. Turns out, however, that Archer and Elle share a past, a past Archer can’t seem to get beyond to the desirable, desiring woman Elle has become. Years ago, desperate sixteen-year-old Elle was caught in a heist, trying to return stolen property to save her sister’s life, and rookie cop Archer rescued her, saving her from the clinker and a life on the streets. Now, Elle’s confidence and success aren’t sufficient to help Archer ever see her as anyone other than the frightened, hungry teen he first encountered. Archer and Elle are friends of a sort, though their exchanges run more to antagonistic than camaraderie. END_OF_DOCUMENT_TOKEN_TO_BE_REPLACED 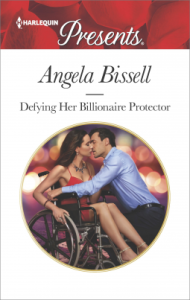 Angela Bissell’s Defying Her Billionaire Protector gets a “wow” from the get-go thanks to its cover. While MissB is loathe to try a new author (burned one too many times), she wanted to know what an author, especially in the glamor-puss HP-world, could do with a wheel-chair-bound heroine. Bissell centres on a hero and heroine who have both lost a lot. Drunk, teen-aged Marietta Vincenzi got into a car with an inebriated driver and now, at thirty, lives with the consequences of that decision, as a paraplegic. While Bissell wants to throw a spotlight on the problem of drinking and driving, to her credit, she isn’t judgemental, or didactic. Marietta has regrets, but overall, she’s a heroine who is at peace with her life and living it fully. Marietta is an aspiring visual artist who runs a successful gallery. She lives on her own, but is close to her family, a brother, sister-in-law, and pretty adorbs baby nephew. But, she has a problem – someone is sending her creepy anonymous notes, gifts, and flowers. Marietta has a “secret-admirer-turned-stalker”. Into her full Rome-set life arrives Nico César, her brother Leo’s friend, and owner and operator of a security company. With the bond between Leo and Nico strong from ties forged in the Foreign Legion, Nico will personally oversee and be the primary operative of Marietta’s security detail. Like Marietta, Nico suffered loss when his beloved wife Julia was kidnapped and killed fifteen years ago. Nico is haunted by his inability to save her and, as a result, inures himself to love and commitment. Our hero has never concluded that it is better to have love and lost than never to have loved at all.
END_OF_DOCUMENT_TOKEN_TO_BE_REPLACED

Miss Bates loves the reunited husband-and-wife trope. When Douglas offered her an ARC of A Deal to Mend Their Marriage, she accepted (though she dislikes the line’s closed-bedroom-door “love scenes”). Miss B. was pleasantly surprised when Douglas’s romance followed her own missbatesian edict to keep the relationship “kisses only” (not keeping anything from the reader that might be essential to understanding the protagonists’ relationship). What intense, character- and relationship-building kisses they are! Douglas’s title, A Deal to Mend Their Marriage, plays cleverly with the initial state of the hero and heroine’s marriage, “a deal to end their marriage.” Caro Fielding is at the reading of her father’s will. Their relationship was fraught, with Caro failing to fulfill her father’s expectations. She’s achieved a hard-won independence working as an antique dealer, reconciled to being disinherited. Instead, Rolland Fielding leaves Caro a vast fortune and his loving, devoted second wife, Barbara, zilch. Caro and Barbara share a warm relationship. Caro wants to redress her father’s injustice, until she realizes her father thought Barbara was stealing from him. When an expensive antique snuffbox in Caro’s possession on behalf of her employer goes missing, soft-hearted Caro wants to save Barbara from legal repercussions. She turns to her security-and-detecting-agency-owning, estranged husband, Jack Pearce, to help her solve the mystery of the missing snuffbox and save her beloved step-mother.     END_OF_DOCUMENT_TOKEN_TO_BE_REPLACED 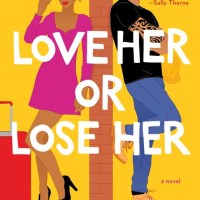 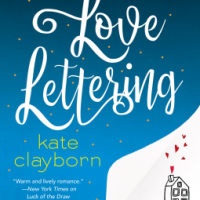