I’m not certain what possessed me to want to read Fiona Davis’s The Masterpiece, other than a yen to leave the familiar reader-world of genre fiction for a while. Romance and mystery fiction are like comfortable only-at-home pants and sweatshirt. I ease into them and enjoy their sense of familiarity; on occasion, they also stifle. I need “something else,” so I venture into other reading territory. As a result I’ve read some remarkable non-fiction, Philippe Sands’s East West Street, the overhyped Peter Frankopan’s The Silk Roads, or left-me-agog Yuval Harari’s Sapiens. This time around, I went for historical fiction, that in retrospect, has a great dose of women’s fiction to it (cue moue of disappointment) Fiona Davis’s The Masterpiece. I love all things art and museums and thought this might be the thing to refresh my romance-murder-mystery-reading malaise. Written in third-person POV, The Masterpiece tells the story of two women, very much of their time and circumstance, 1920s-30s illustrator Clara Darden and 1970s breast cancer survivor, newly divorced Virginia Clay. The main character, however, is NYC’s Grand Central Terminal, its fortunes and misfortunes, its acme and nadir, its glory, dereliction, and resurrection. Of all the novel’s elements, I liked the building and Virginia the best.

The novel opens with Clara’s arrival in NYC from Arizona and her struggle to make her way as an artist, first as a teacher at the Grand Central School of Art, as a Vogue illustrator, and as a woman at the heart of the birth of abstract expressionism. The novel gives us glimpses of this changeable, temperamental woman at various stages of her life: as a successful illustrator and artist in the heady, Prohibition days of the 1920s; and as a down-and-out waitress, still trying to paint, during the Great Depression and then to her disappearance following a train crash in 1931. And, the two men who occupied Clara’s life: her colleague, the tragic artist Levon Zakarian, Armenian genocide survivor and the privileged, beautiful poet, Oliver Smith.

But it’s the second, more humble woman who enters the narrative who proves, at least for me, the more interesting, Virginia Clay. It’s Virginia who grows and comes to have a better, stronger understanding of what it means to forge a life, even when one is broken. Virginia gets a job as a Grand Central information booth trainee. She is recently divorced, the mother of a difficult 19-year-old, financially strapped, job-skill-less, and feeling diminished by her surgery. If it wasn’t for my affection for Virginia and train stations, I don’t know if I would have stuck with the novel to the end.

Virginia is no “I am woman, hear me roar”. She has more of a whimper-to-raised-voice kind of character arc. When she starts work at Grand Central, she’s sad and her lack of worldly experience sees her being taken advantage of. But Virginia, as her tolerance of her philandering ex-husband and peevish daughter proves, is a woman who tries to make things better. When she turns her attention to the derelict station and booth, she makes brass shine and marble emerge with watery beauty. As she wanders through the often dangerous, abandoned building, she also discovers beautiful art-work, abandoned from the school of art that Grand Central housed from the 1920s to 1944, one haunting piece, “The Siren,” Clara Darden’s work. Davis brings the story of these two women together, the one struggling to make it in a man’s world and the other the recipient of that world: still dismissive of women, still unsavory and punishing to them.

Davis’s The Masterpiece is not a feminist manifesto, though it’s a novel that cares about the lack of recognition for female artists’ talent and work. It is, in Virginia, reminiscent of Jill Clayburgh in An Unmarried Woman. Virginia’s identity was that of wife and mother and now, she’s adrift. The Grand Central’s possible destruction and what she can do to save it, the mystery of Clara Darden and her work save Virginia as she, in turn, saves them. If Dostoevsky was right and the world will be saved by beauty, then Virginia has indeed, in her humble, persistent, kind way, done great things. I cannot say I loved The Masterpiece, or that it will resonate. I found the first half plodding and Davis’s staccato prose unappealing. I thought the resolution to the Clara Darden mystery cheap-trick-gimmicky. But I liked Virginia and was glad to see her through to her final happiness, definitely no HEA, but certainly as good as Clayburgh’s. With Miss Austen, I say that Fiona Davis’s The Masterpiece is “almost pretty,” Northanger Abbey.

Fiona Davis’s The Masterpiece is published by Dutton. It was released on August 7th and may be found at your preferred vendor. I received an e-ARC from Dutton, via Edelweiss+. 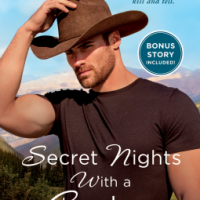 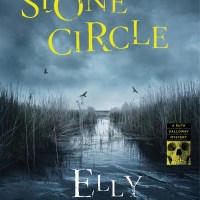 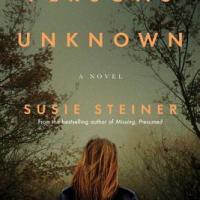